What are those funny-looking "things" that poke up from rooftops in some areas of the country? They're snow guards — and their function is to break apart snow as it melts so that snow masses don't come "avalanching down" on walkways and landscaping. 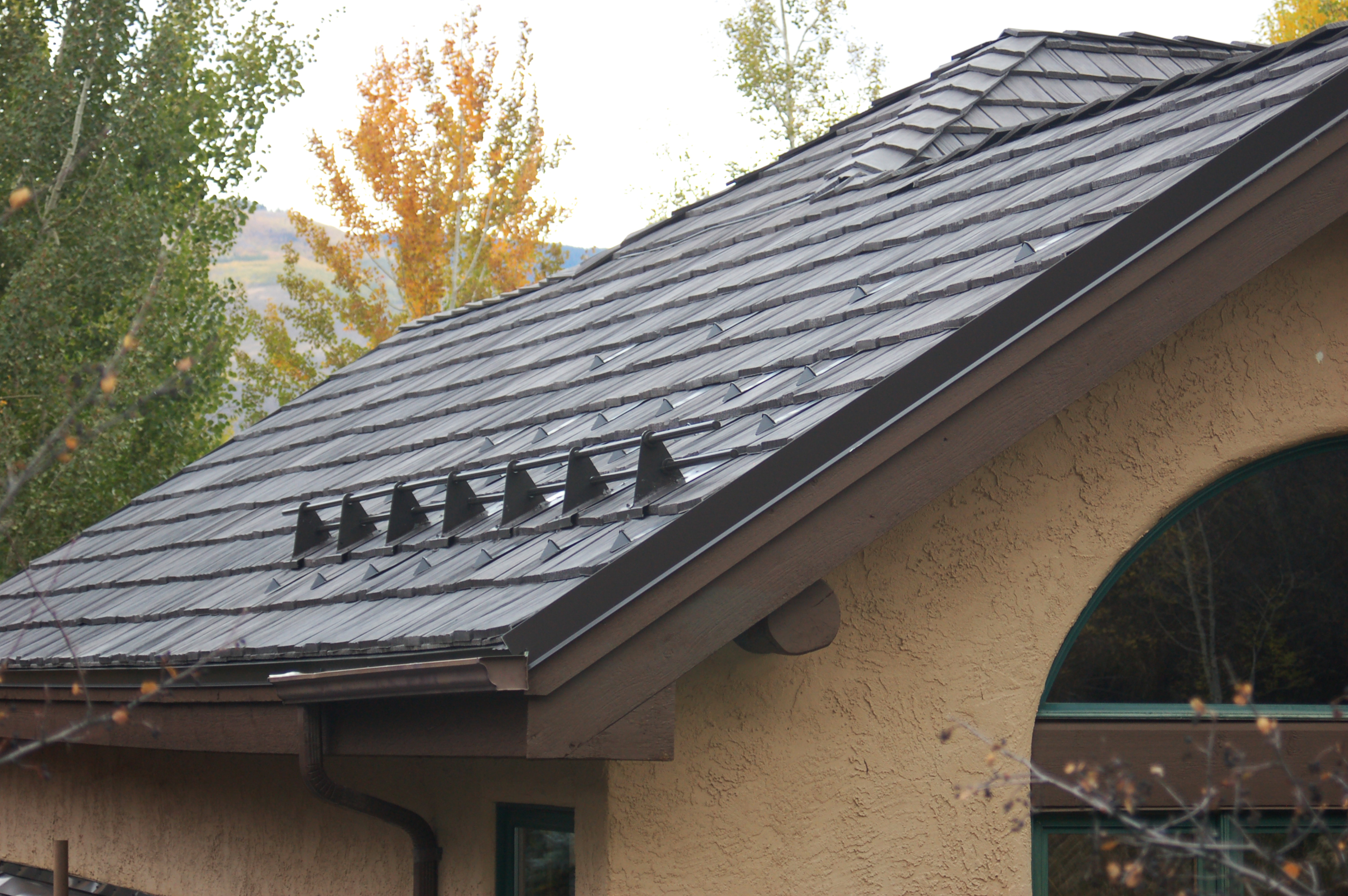 There's a science to adding snow guards to a home or commercial structure in snow-prone areas. To understand the process better, we asked Lars Walberg, president of Rocky Mountain Snow Guards, to walk us through the steps.

"First we look at a roof diagram for the building, either an aerial picture of an existing structure or architectural drawings of a new structure," says Walberg. "We ask the customer to identify areas over driveways, walks, dog runs, decks and other key 'traffic' locations. Then we design a snow guard system to help protect those eaves and areas from snow slides."

The science behind the operation comes in determining how many snow guards to specify, at which locations and to determine the snow load and retention.

"We've calculated and designed a number of different patterns of snow guards that are effective for different situations," says Walberg, whose company supplies snow guards for homes and buildings all across the country. "Steeper roofs, longer runs and the lower coefficient of friction of the roof covering all play a part in determining how many, what placement pattern and what snow guard will be most effective."

There's even more science involved. According to Walberg, placement distance of the snow guards from the eaves of the roof is a function of "eave to peak distance, pitch and snow load." Plus, there are different considerations if you're installing snow guards with synthetic shake roofing versus synthetic slate shingles.

"We're specifying a job in Minnesota right now with Bellaforté Shake from DaVinci Roofscapes," says Walberg. "For that project an RG10 snow guard is most effective because it has a larger and higher pad face. If the same house had Bellaforté Slate roofing, we'd most likely specify the SnowTrapper ST9 product because they're a lower profile snow guard and work well with the Bellaforté Slate product."