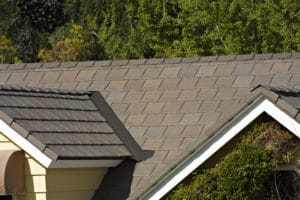 This summer, many parts of the United States have been at risk of wildfires.

Even though drought conditions have decreased in California and other parts of the West, a new study from Verisk Insurance Solution that was recently reported in BUILDER magazine, shows that 4.5 million U.S. homes are currently in the high or extremely high risk zone for wildfire.

“Wildfires have scorched nearly 3.5 million acres so far in 2017, according to the National Interagency Fire Center,” says Arindam Samanta, director of product management and innovation for Verisk Insurance Solutions. “For the first half of 2017, the number of acres burned by wildfires is up 34 percent over 2016 and the ten-year average.”

Homeowners in a wide range of states, from Washington to Oklahoma, and all states in between, were on edge this summer — and with good reason. As wildfires pop up, even if they occur several miles away from a home, sparks carried on the wind can land on roofs and start additional fires.

To help protect your home, follow the lead of California homeowner Dan Baer. “More than 50 homes burned in our area during one wildfire,” says Baer. “If the winds had been stronger, our home would have been included. Our old shake roof was a tinderbox waiting to ignite. Our new Bellaforté polymer tiles are rated Class A for fire retardance, which gives us tremendous peace-of-mind.”

Available nationwide, our DaVinci polymer slate and shake tiles simply won’t ignite — even when a blow torch is applied directly to them. That reassuring quality of our roofing tiles brings assurance to many people.

Don’t wait. If you live in California, Montana, Texas, Colorado, Arizona, Idaho, Washington, Oregon, New Mexico, Nevada or any of the other states experiencing wildfire situations, contact a roofing professional to discuss the many benefits of fire-, impact- and high-wind-resistant DaVinci Roofscapes polymer tiles.