At DaVinci Roofscapes, we’re fortunate to have the dynamic duo of brothers Bryan and Mike Ward on our team.

Bryan started with us in 2004 as the Injection Molding Manager and is now Vice President of Operations at company headquarters in Lenexa, Kansas, overseeing our polymer roofing manufacturing departments and warehouse functions. His brother Mike (one of three Ward 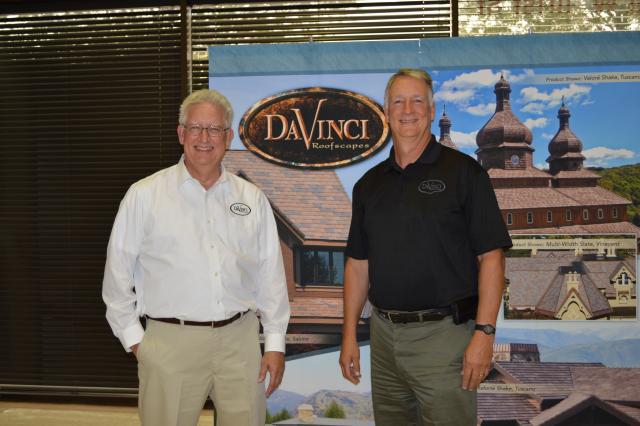 What do these talented brothers bring to DaVinci? According to Bryan, “Mike is passionate and extremely competitive in everything he does. This is important in sales and Mike is the most competitive, driven, customer-focused sales person I know.”

From his side of the country in New Jersey, Mike also has praises for his little brother. “Bryan is smart and completely dedicated to manufacturing the best high-performance composite roofing product in the industry. He’s inventive (his name is on several DaVinci patents to prove it!) and never tires of working to continually improve operational efficiency and quality control.”

Both Ward Boys have their favorite aspects of their jobs — and of projects involving the company’s lightweight roofing systems.

“Our Multi-Width Shake roofing is on several buildings at Camp David, our U.S. presidential retreat,” says Mike. “It makes me proud to be the chosen synthetic slate roof tile for such a significant national landmark.”

Bryan has his own favorite. “We had a homeowner that wanted a custom blend to match their paver stones for their Victorian-style home,” says Bryan. “This dedicated couple came to our plant so we could develop the custom Bellaforté Slate VariBlend product while they were there. The wife was so pleased she literally hugged the shingles we had produced!”