Choices. That’s what you get when deciding on a synthetic slate roof from DaVinci Roofscapes.

At DaVinci, we offer three different slate options to fit the style of both your home and your budget. Here’s a quick breakdown of those options, plus insights from homeowners selecting our designer roofs for their own houses. 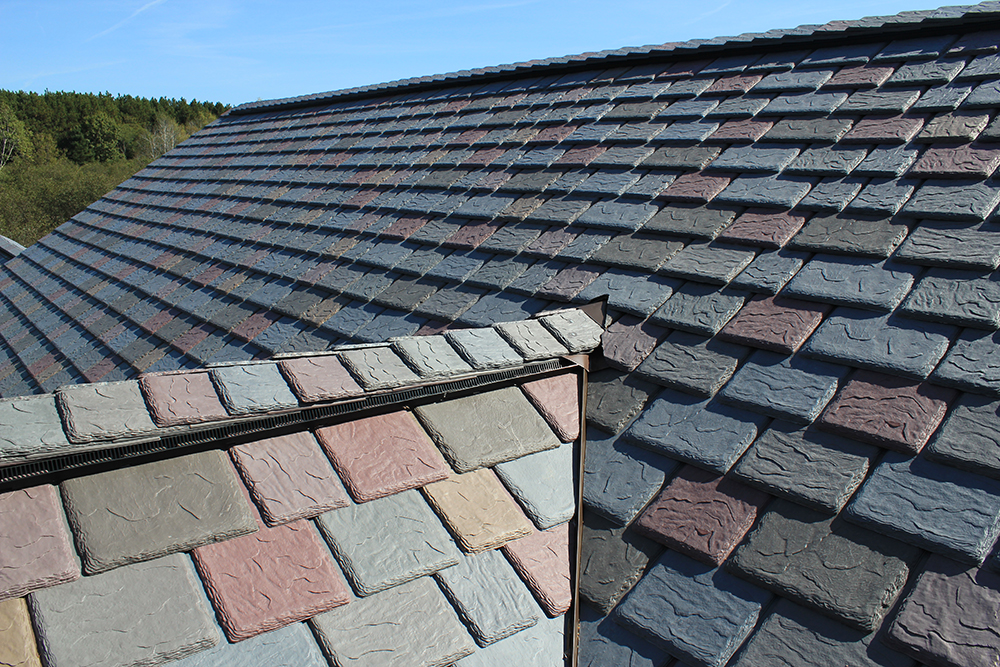 Homeowner story: Interested in creating strong visual interest to accent their large home, Holly and Rob Fanjoy selected a composite slate roof from DaVinci in the multi-width profile. A combination of eight colors in the Vineyard blend caught their eye to truly draw attention to their Maine home.

“I’m a big supporter of man-made products that replicate Mother Nature but offer more long-term benefits than natural products,” says Rob Fanjoy. “When researching our roofing options, we determined that the DaVinci synthetic tiles resist insects, fungus, algae, mold, cracking, fading and curling. And, they’re backed by a long-term warranty that we can really depend on.”

Single-Width Slate: Available in 12″ tile widths, the 1/2″ tile thickness of this slate is twice the thickness of other synthetic slate tiles. Our VariBlend technology is used when creating this tile to form slightly varying shades from tile to tile for an authentic slate look. 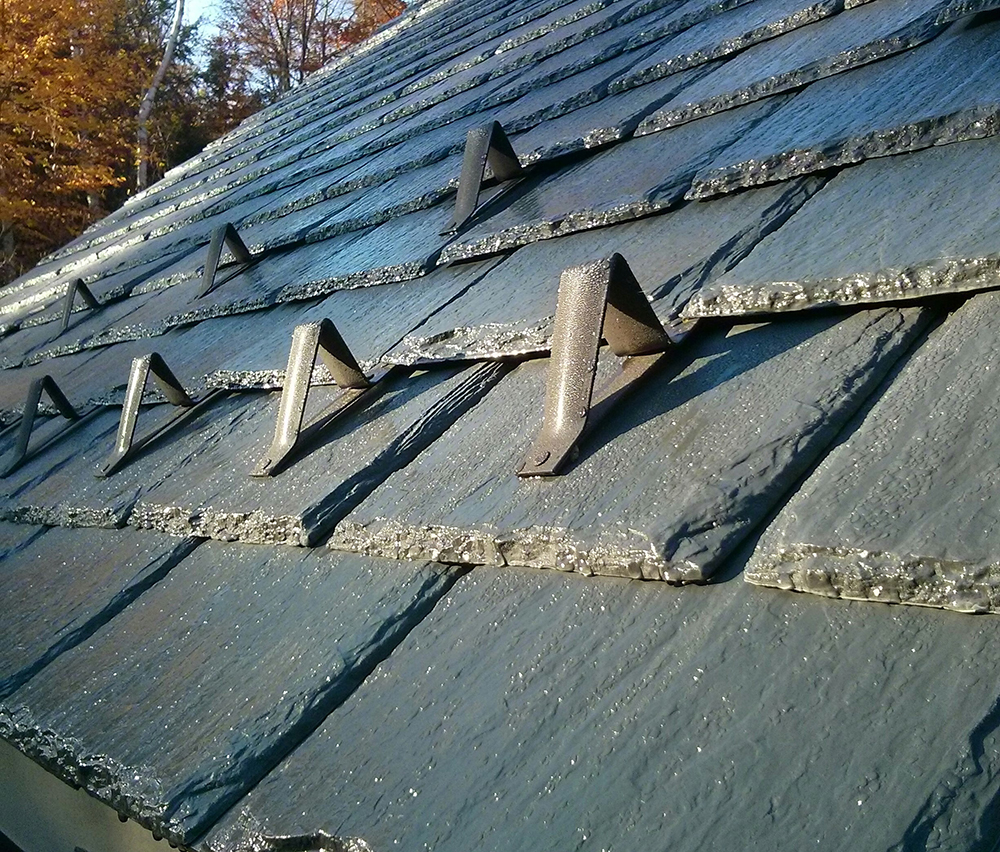 Homeowner story: Tim Carter, founder of AsktheBuilder.com, knows roofs. So, when it came time to replace the failing asphalt shingle roof on his own home, he turned to DaVinci for a Single-Width Slate DaVinci roof.

“This is a stunning fake slate roof that I’m proud to have on my home,” says Carter. “We live in New Hampshire, which is nicknamed ‘the granite state.’ This slate alternative roof looks so perfect that it beats any real stone I’ve ever seen! And, we’re thrilled that it comes with a lifetime limited materials warranty so we’ll never have to worry about our roof again. Everyone coming up our driveway stops and stares. They can’t believe it’s not real quarried slate.”

Bellaforté Slate:  Available in 12″ tile widths with a 1/2″ thickness, Bellaforté is a high performance tile with interlocking shingles that have superior wind resistance. 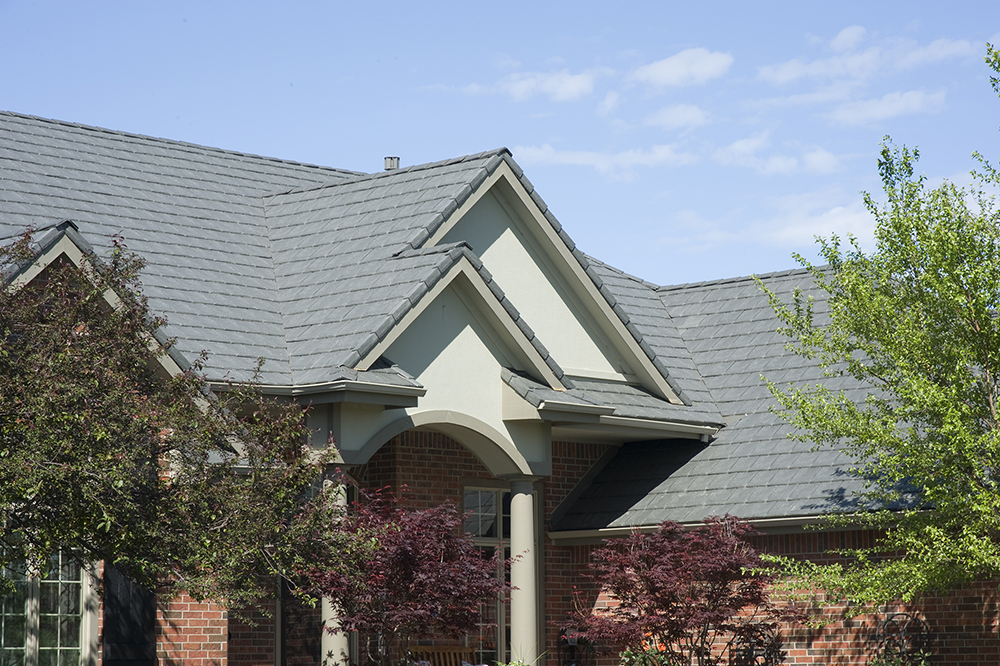 Homeowner story: Living in Kansas means being prepared for severe weather situations. In April 2015, a sunny day in Wichita turned dangerous when a powerful microburst with winds reaching up to 100 mph destroyed a bulk of the roofs in the Harbor Isle subdivision. The majority of concrete tile roofs were severely damaged; three DaVinci roofs were basically unharmed.

“Concrete roof tiles were thrown through neighbor’s windows, into vehicles parked along the streets and in driveways,” says homeowner Paul Dugan. “A couple of the homes that had been recently re-roofed with DaVinci shake roofing tiles had every single tile in place and no visible damage to the property. I was very impressed and called Heiland Roofing the next morning.

“I now have a DaVinci Bellaforté Slate roof that looks exactly the same as the concrete tile roof but has the highest impact resistance in the industry. The impressive interlocking system allows for installation with securing the tile in all four corners so we’re not going to worry about tiles peeling back and blowing away in future storms.”

Go ahead, Ask a Homeowner what they think about our slate roof tiles … we’re confident you’ll be impressed with the synthetic slate choices from DaVinci!