Thousands of cyclists are currently spending 21 days pedaling their way through France as part of the Tour de France. Unfortunately they’re mostly looking straight ahead and concentrating on their route. What a shame.

If these dedicated cyclists looked up, they’d be in for quite a treat.

During my recent trip to France I had the opportunity see some truly beautiful roofs. While my fellow travelers were oohing and aahing over the countryside, my camera was pointed upwards at these incredibly historic roofs.

My favorite was the very colorful designer roof at Hotel-Dieu in Beaune. Founded in 1443, this structure was actually built as a hospital. The medieval jewel boasts geometric, multi-colored Burgundian roof tiles. It reminded me so much of the custom color capabilities available from DaVinci Roofscapes that I could easily imagine replicating the roof in the United States! 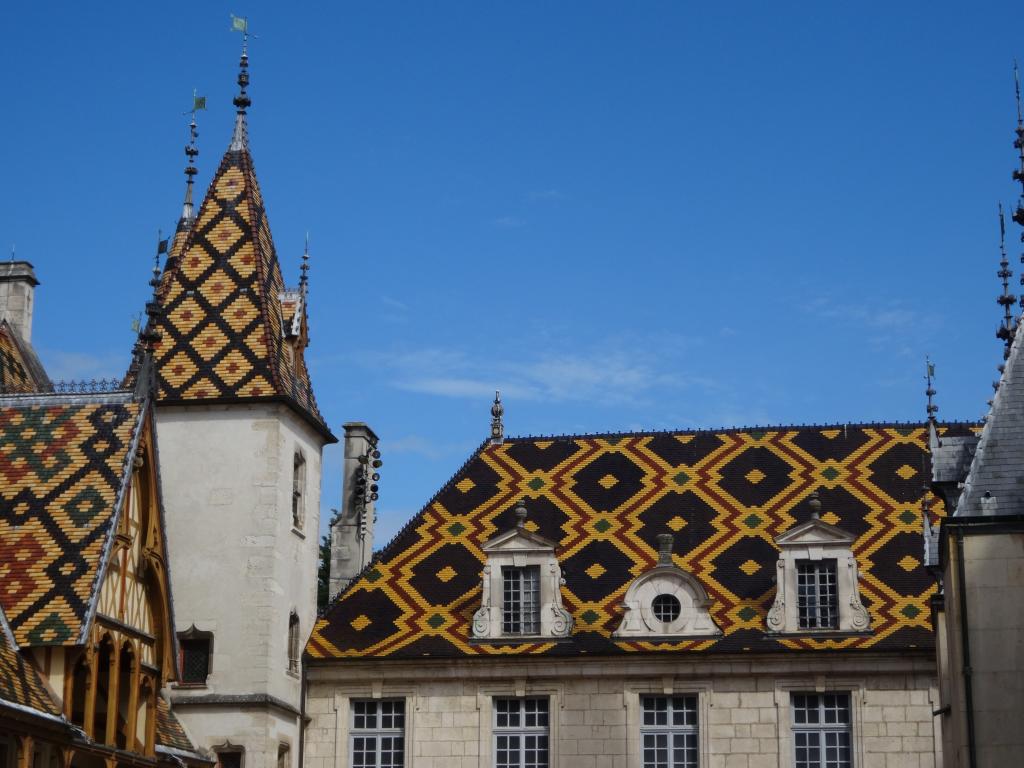 More sedate roofs also caught my attention in France. Everywhere you turned there were turrets and structures covered mostly with old clay tiles. Slate roofs are also popular in France, as are concrete spires that top structures such as the impressive Palais des Papes (Palace of the Popes) in Avignon. Constructed in 1309, there are ten towers in the fortress that spans more than 148,000 square feet! 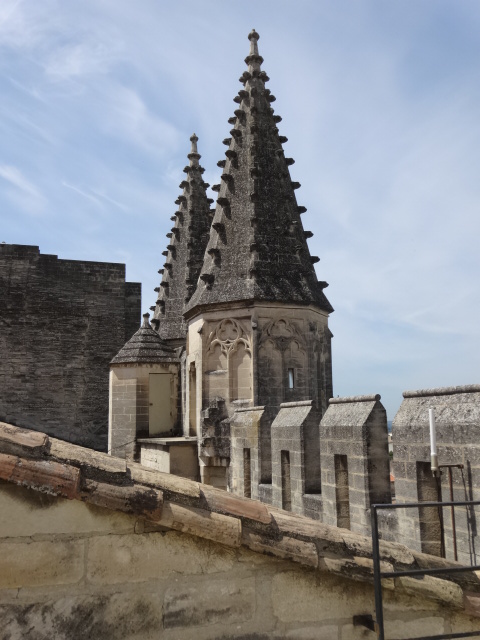 For a vacation trip with lots of roof-appeal, I’ve got to say, Vive la France!