Where Did Your House Get Its Style?

One of the most common questions people have about their own home is, what style is it? This is not always an easy question to answer. "Style" is an elusive term, because it can be applied to many different things, and style is frequently an amalgamation of different features. Nevertheless, most homes have a link to an established fashion of architecture, defined by the overall form of the structure and/or its details. Also, it needs to be taken into account that many structures are created purely out of necessity with little regard to design aesthetic, and are considered to have a folk or vernacular style.

It can be said that a style is a definition after the fact rather than before or during. To label a unique building as it is being designed makes little sense. Time will tell if it holds up to replication and garners a following, thereby establishing a trend. But by far most houses have a rooted identity that has evolved to adapt to current living standards. 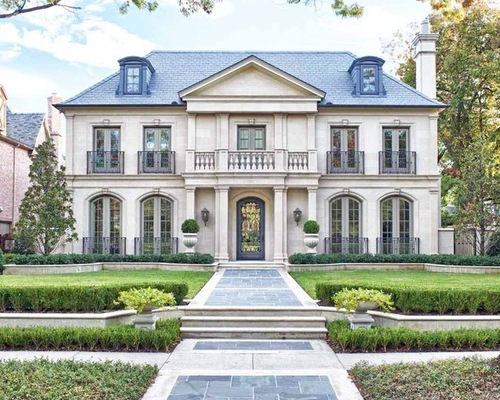 Styles and fashions of home design once were regional and changed slowly over time. Building techniques were dictated by the skill of local tradesmen, and materials came from nearby sources or were specified far in advance and patiently anticipated. Beginning with the building boom after World War II, modern building practices completely changed how and what we built.

Related: The Birth of Modern Architecture

The Disneyland effect took hold. Design was inspired by faraway places, and materials could be shipped by rail or truck and even flown to almost any place in the developed world. Out of this luxury of choice evolved a few persistent styles, which are pressing into the latest century with great affection. Here you can see five home styles that have roots in the past yet are firmly 21st-century dwellings with a strong sense of place and character. 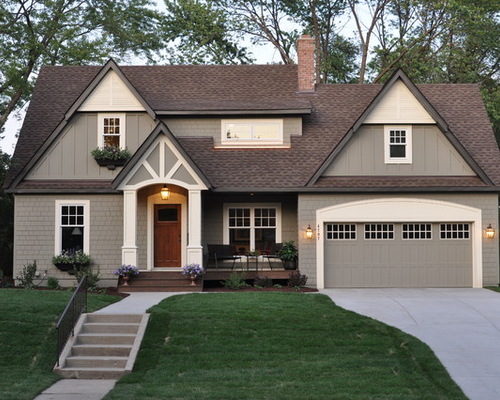 2. Shingle. With some reference to classical detailing, the shingle style began to appear under the Victorian umbrella of design in the late 19th century. It ironically stems from medieval architecture — that is, the period of building between the end of ancient classical and the beginning of Renaissance classical. Original shingle was a style before its time; shingle designs emphasized a more open floor plan, a feature so popular today. On this house there are also elements of stick style (note the gable over the entrance porch) and Tudor (note the steep roof formations and varying window shapes). Shingle style is currently very popular in the southeastern United States but can be found in all areas of the country. 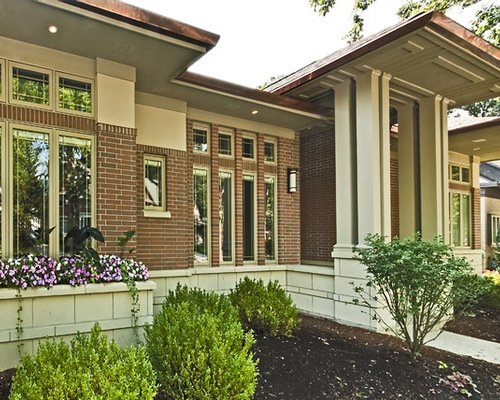 3. Prairie. Though authentic examples of this style are rare outside the Midwest, and although it was only briefly popular (1900 to 1920), it had a profound effect on vernacular suburban architecture for the rest of the 20th century. The long, low, horizontal lines and deep eaves along with hipped roofs can be found all across the United States in the more familiar ranch style. It is also uniquely an American creation and is considered a part of modern architecture and, more specifically, stems from the Arts and Crafts movement. As can be seen in this example, the detailing can be quite sophisticated and complex. 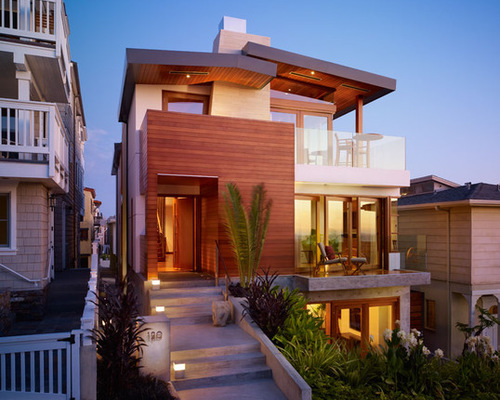 4. California contemporary. This coastal California design alludes to midcentury style along with vernacular modernism, hence its designation as contemporary; it also displays currently popular materials and building techniques. A strong affection for midcentury modern architecture, especially domestic, resurfaced at the turn of the 21st century.

Original examples date back to the 1930s, but the Case Study program in Southern California and developer Joseph Eichler in Northern California set the nation on a course of what most labeled, at the time, contemporary. Many houses were built with this influence until a reversal of taste in the 1980s led fashion back to historic revivals and even postmodernism, though the latter was rare in residential architecture. A strong relationship between indoor and outdoor spaces is evident in this example, along with walls of glass and the use of warm materials. 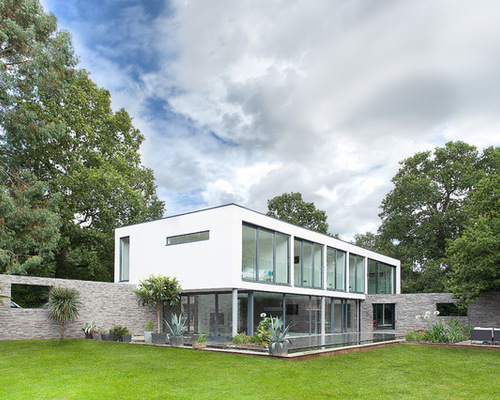 5. International. This style is somewhat rare in the United States but can be found in many places around the world, such as this example in the United Kingdom. Born from the work of famous architects such as Mies van der Rohe and Le Corbusier prior to World War II, this style fell out of favor after the war in Europe but simultaneously strongly influenced the aforementioned mid-century modernism in the United States.

Structural transparency lies at the heart of this style, which can easily be identified by flat roofs, walls of glass and long planes of solid walls punctuated with openings. With the home shown, the landscape is defined by the extension of primary wall elements, while the upper level seems to float above the setting. Minimalism marks its identity, but closer inspection of these masterpieces often reveals intricate, thoughtful and careful detailing.