Back in 2011, members of the St. Clement Eucharist Shrine in Boston decided to tackle a big project — installation of a Bellaforté Slate roof on top of their historic church.

After removing heavy, old slate shingles from the roof, the talented church volunteers installed the imitation slate tiles from DaVinci Roofscapes in a Slate Gray. We revisited the church recently to see how our synthetic slate roofing was holding up … and we got rave reviews!

“We’ve had no problems with the roof,” says Father Peter Grover. “We’ve had lots of wind, snow and rain in the past five years. We’ve never had a leak and it looks just as great today as the day it was installed. 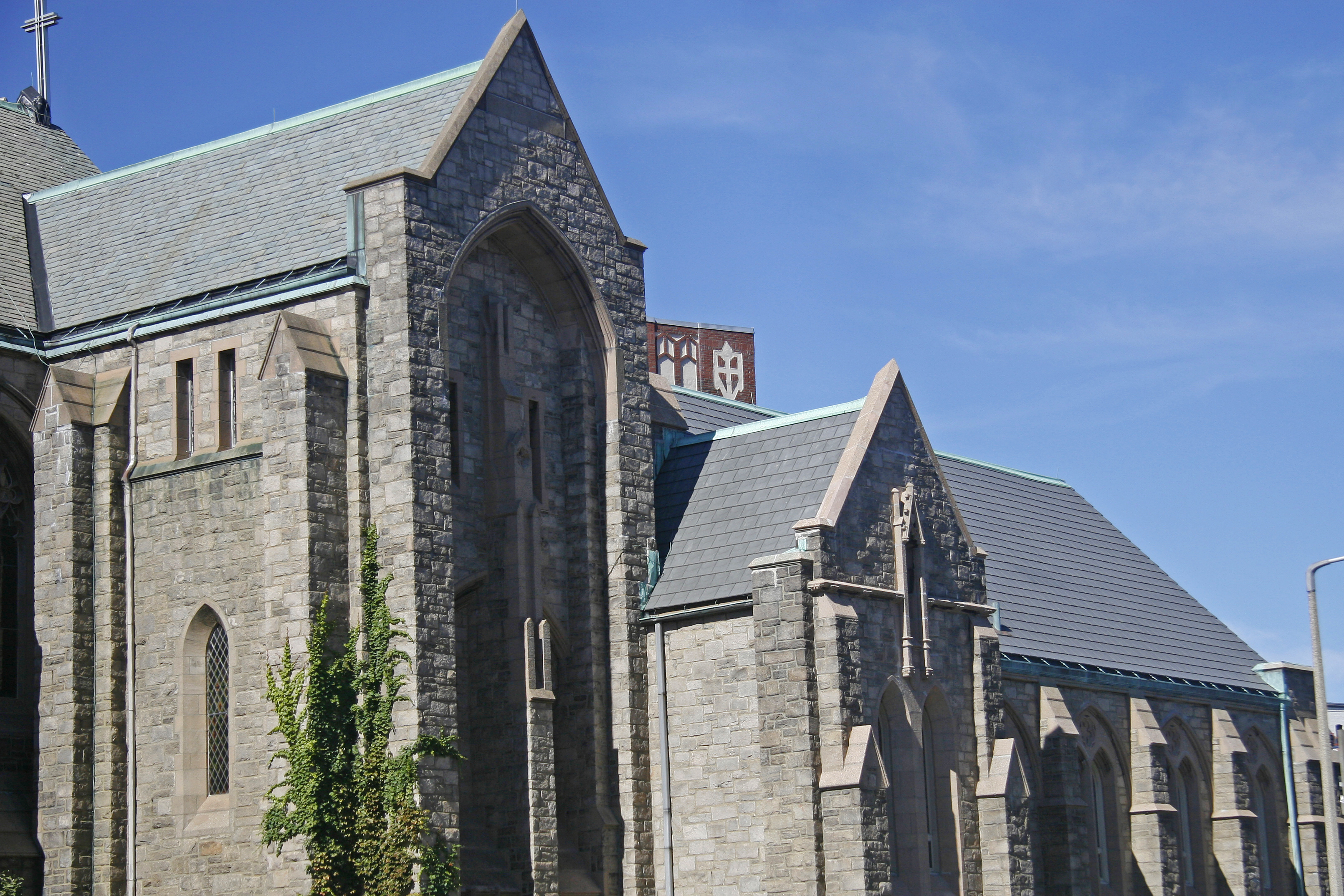 “We consider the DaVinci roof a good investment. The roof accents the church. A real slate roof would have been too costly; asphalt would not have given us the visual appeal that the composite slate gives us.”

Looking back at the project, we asked Father Grover if they would have changed anything about the re-roofing installation.

“Our only regret is that we didn’t have snow guards installed when we had the roof done,” says Grover. “We ran out of time and it was a secondary thought. Now, when there is heavy snow, it falls off into the parking lot and we end up shoveling twice. Once we had a broken windshield from the snowfall.”

Given his experience, we recommended retrofitting snowguards (see Can I Install Snowguards After My Roof Is Installed?) to help control the snow as it melts in the future. For more information on this church projects using polymer roof tiles, see Churches Thankful for Roofs Overhead.