Ewa Ziegler has become very popular in her community of Springdale in Palm Springs, Florida. As the first homeowner in her community to recently get a new Bellaforté Shake roof, she’s getting plenty of people dropping by to admire her new synthetic shake roof in the Autumn – VariBlend. And, those people ask lots of questions. 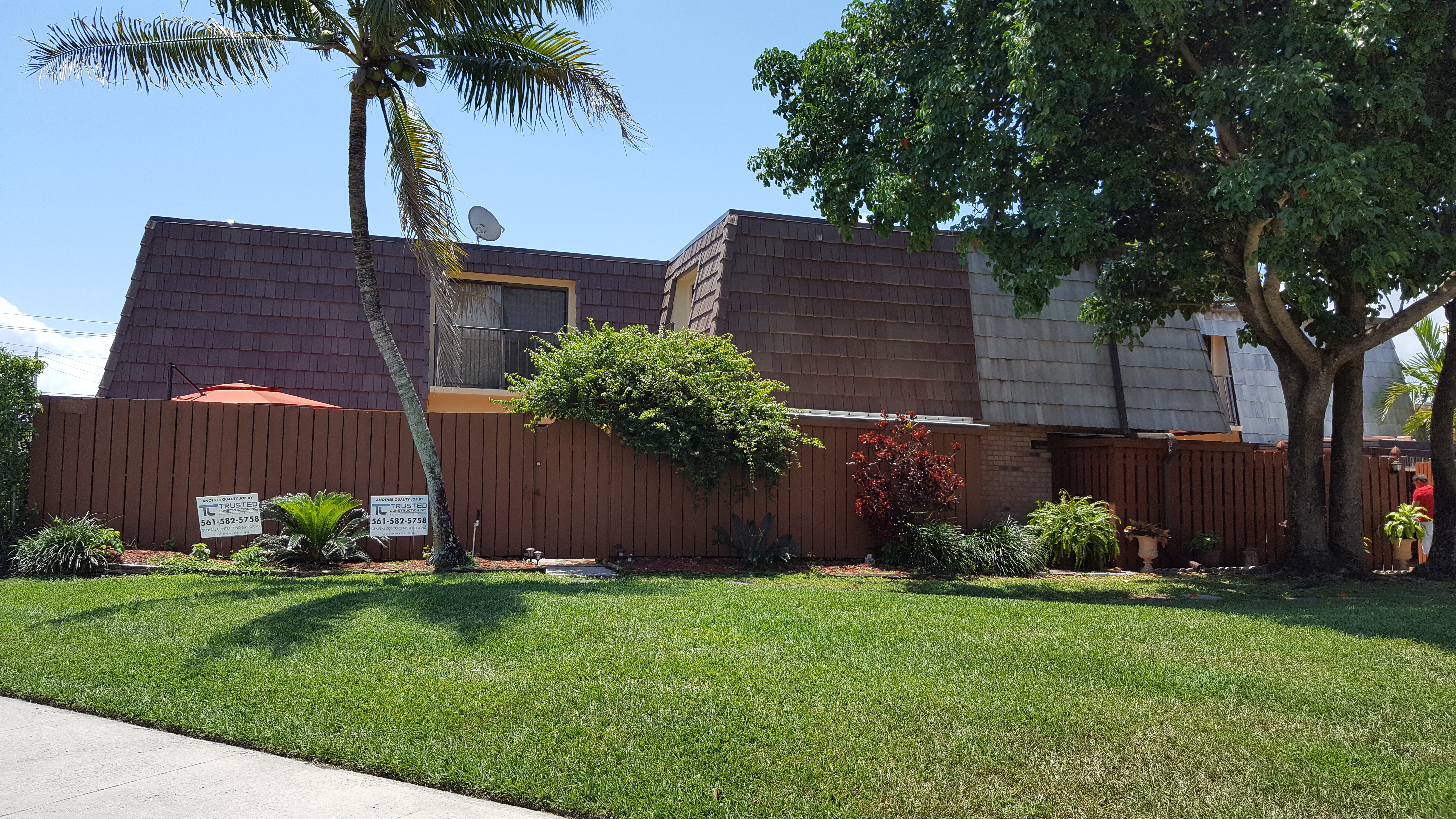 “I’m the center of attention with my friends and neighbors because everyone stops to ask how much the roof costs, if I like it and other questions,” says Ziegler. “Our old cedar shake roof was one of the worst in our community. Now I feel more secure and happy with this impact-resistant composite shake roof.”

Ziegler stepped up to get her roof done as soon as her homeowner association approved of the cedar shake alternative roof from DaVinci Roofscapes. Her friend, Piotr Zawadzki with Trusted Construction, recommended the DaVinci roof and installed it on her townhome.

“The DaVinci roof is a smarter investment than real wood shake because of our geographic location,” says Zawadzki. “It’s humid here and we have tropical storms and hurricane conditions. You need a special roof that can stand up to that kind of weather.”

The leadership at the Springdale homeowner association agreed.

“Everyone liked the look of cedar roofs but not how the cedar was weathering on the homes,” says Wesley Finch, regional director of southeast operations for Signature Associations, which manages the Springdale community. “After a good deal of research it became apparent that the DaVinci roof, with its high resistance to impact, fire and winds, was the ideal choice for this community.”

Finch relates that there are 412 townhomes in the community, with a third of them having real cedar shake roofs. “It’s up to the individual homeowners when they choose to replace their roofs and we expect the conversion to be a staggered process.

“However, now that Ewa’s roof is in place and other residents see how beautiful it is, I expect we’ll have homeowners making the transition fairly quickly. With another hurricane season now upon us, all it will take is some severe weather for homeowners to see the value of making the change sooner rather than later. We believe that will lead them to investing in the synthetic cedar shake roofing.”