Steep slope roofing projects, mansard roofs and truly unique roofing requests can drive some roofers crazy. For others, it’s all about embracing the challenge.

When roofer Guy Galitski was asked to re-roof a home in California with a steep 12/12 pitch, he and his team eagerly tackled the job.

“The roof is clearly the most visible part of this home and reaches up more than three stories high,” says Galitski. “It was previously covered in real wood shakes that had badly deteriorated over time. The homeowner selected the Bellaforté Shake in an Mountain-VariBlend color blend because it was the closest product to actual shake she’d ever seen.” 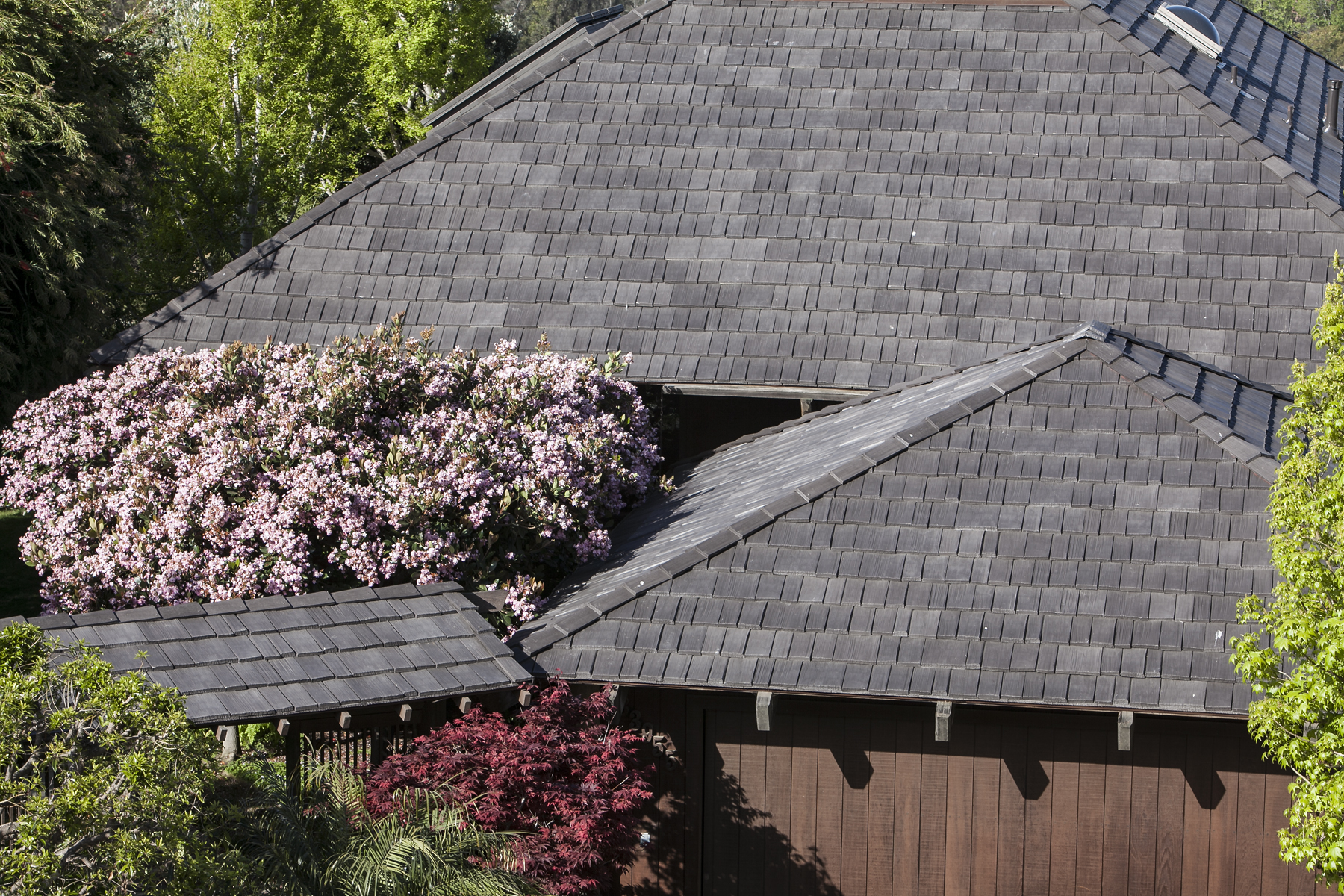 The fourth-generation roofers at Detroit Cornice and Slate Company were tasked with a different challenge when the chapel at the Dayton Veterans Administration Medical Center needed a new roof. They were asked to replicate a large cross with a star-studded border in light colors against a background of black that was originally on the historic church.

“Working with a 7-1/2-inch exposure and 9-inch wide field tiles, it was important that the vertical and horizontal band dimensions come out looking the same width,” says Dawn Hesse, project manager of the Ferndale, Michigan company. “The client also wanted the vertical line of the cross to be completely straight. However, it is not recommended to create a ‘slot on slot’ configuration with any roofing.”

To solve the challenge, Detroit Cornice blended together different widths of DaVinci tiles in 6-, 9- and 12-inch sizes to come as close as possible to creating the cross while maintaining the warranty. A chalk outline of the pattern was sketched on the roofing felt for the installation crews to follow. 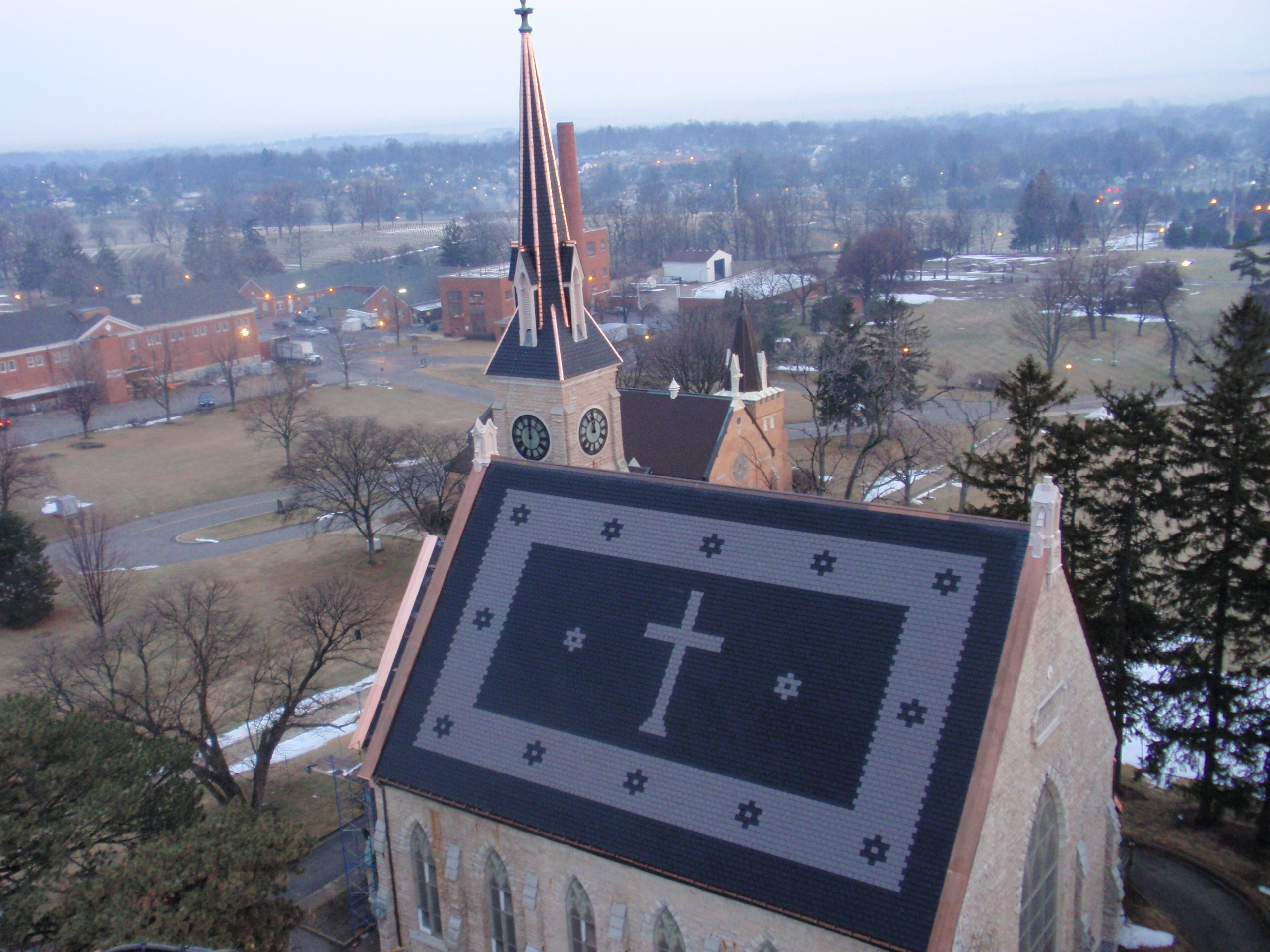 According to Hesse, the biggest challenge facing the team on the chapel project was gaining a full understanding of the roof’s original design. “We’re experts in slate and flashing details, and knew that this project would require careful pre-construction planning,” says Hesse. “Multiple layouts were created and reviewed by all members of the team. It was a time-consuming process that required patience and input from everyone involved.

“A variety of roofing tile colors, sizes and patterns were considered. Overall, the coordinated efforts needed to make this project happen were a key to its success. Part of that success was due to the support we received from DaVinci, as well as providing one of the better looking synthetic slate products on the market today.”