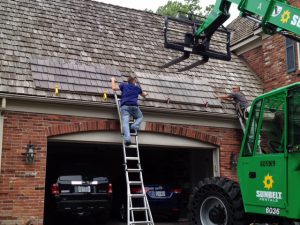 The Compton family served as the “neighborhood guinea pigs” in 2014 when the architectural review committee of their homeowners association decided to allow polymer roofing as an option on homes in their Missouri community.

“We volunteered our house to display examples of two shades of the Bellaforté Shake composite shake roofing from DaVinci Roofscapes,” says Robert Compton. “This worked out great for us because we wanted to see exactly which simulated shake roofing color looked best on our house.”

Neighbors flooded the Compton property to see the sustainable roofing product samples and options that Cardinal Contractors had set up on site. “We previously had cedar shake roof shingles that were a hassle to maintain,” says Compton. “There were several features about the DaVinci shake shingles that appealed to us. We liked the improved performance over real cedar in terms of fire and impact ratings.

“We’re very pleased with the Bellaforté product. One of our neighbors had their roof replaced with real cedar shake roofing just a year ago and it already appears to need cleaning. We expect our roof to maintain the current appearance for years to come.”

The Comptons have led the way in the neighborhood as residents make the change to synthetic roof material. “Three of our immediate neighbors had the same DaVinci product installed on their own homes and we know of one more that will probably do so in the near future,” says Compton. “Since we served as the ‘guinea pig’ in the community I’ve gotten to know many of our neighbors better. Many of them have been overwhelmingly supportive of the community’s move to allow these fake cedar shake shingles for our designer roofs.” 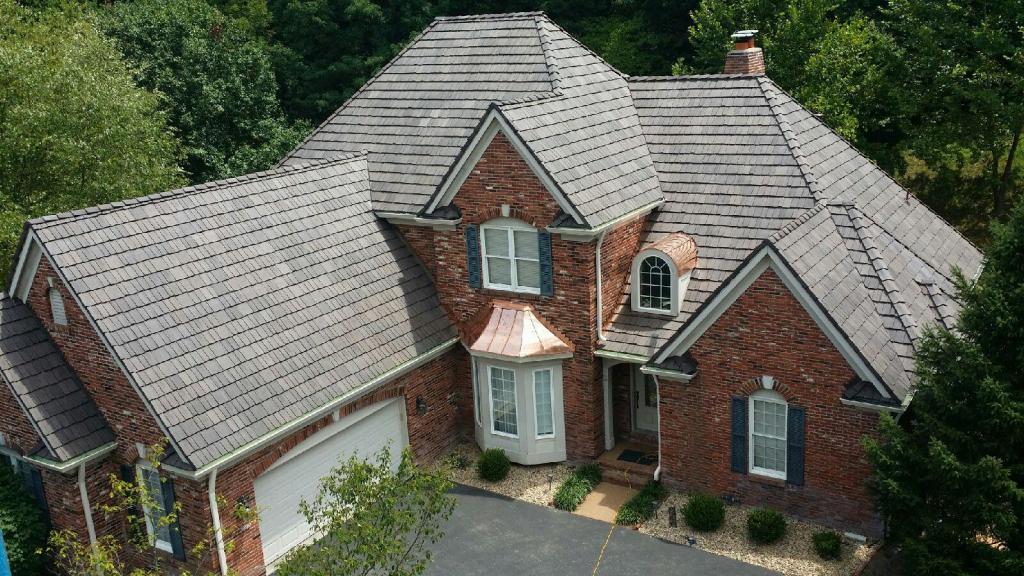 For more neighborhood roofing stories, see Roof Envy – A Tale of Two Roofs and Why You Should Care that DaVinci Polymer Roofs are Used on Condo Communities.