After five years of hail and storms that damaged her cedar shake roof, Anita Jones decided it was time for a change.

“There was never enough damage to allow my insurance company to agree to any financial help with a new roof,” says Jones, a Wichita, Kansas homeowner. “I had to do something about my roof on my own — and I’m glad I did.”

Jones admired a neighbor’s polymer shake roof from DaVinci Roofscapes. After doing her research and securing Heiland Roofing to complete the job, she now sleeps better at night with her new Bellaforté Shake roof overhead.

“Since the installation of my DaVinci roof we’ve had several storms including some golf ball sized hail and high winds, yet I have had no damage at all,” reports Jones. “A neighbor who has envied my composite shake roof since it was finished called to tell me she had enough roof hail damage from a storm on her almost-new shake roof to get a new roof. She was thrilled at the possibility of a DaVinci roof.”

Along with the impact resistance of her fake cedar shake roof, Jones also likes the overall aesthetics of the roof. “This roof suits the design of my home and I love the Mountain blend of three shades of brown colors,” says Jones. “I was quickly the envy of the neighborhood with my new DaVinci roof. 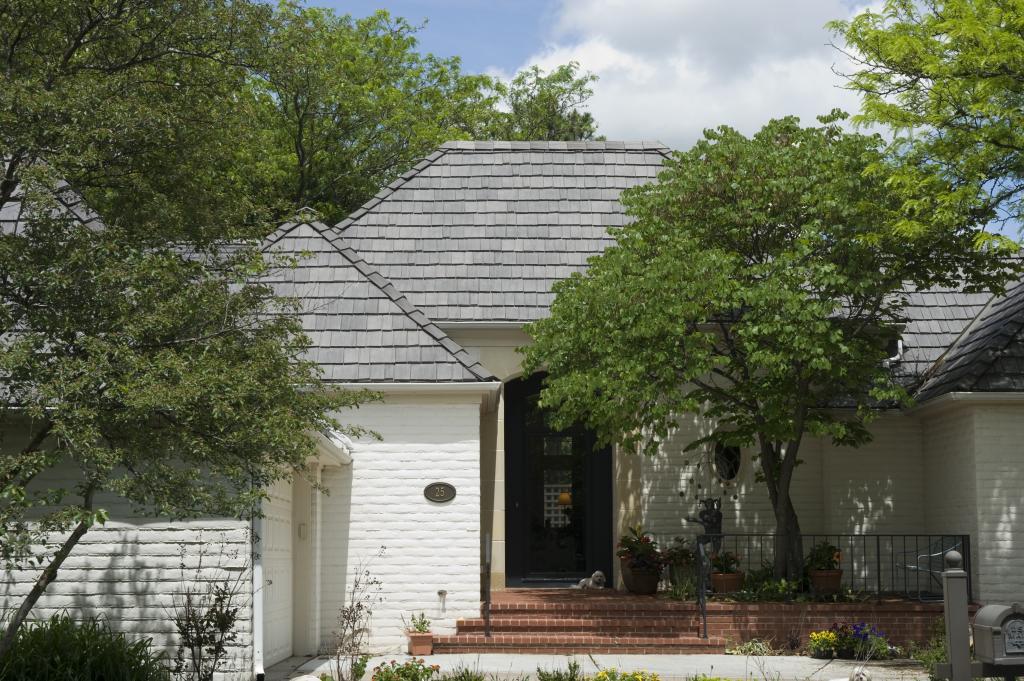 “At least four of my neighbors replaced their roofs with DaVinci roofs after mine was completed and they’re also very pleased with the quality and style. When my roof was first installed I would sit in my driveway as I drove in and just ADMIRE my new roof. I’m so proud of it!”