Nestled on 8,000 acres of pristine land in the mountains of western North Carolina, Biltmore welcomes more than a million visitors each year. Facing increased demand for additional on-site lodging, the new Village Hotel on Biltmore Estate was opened in late 2015.

The task of designing the four-story, 130,000 square foot hotel to assure it fit comfortably within the Antler Hill Village and Winery area of the estate fell to PGAV Destinations. “Antler Hill Village was intended to look like a series of buildings that belonged together but maintain an individual identity through the use of different roofing materials and trim treatments,” says Emily Pelcak, director of practice and innovation for PGAV Destinations. “With the Village Hotel we wanted to continue that story. We specified DaVinci Roofscapes synthetic shake roofing to complement the general aesthetics of the area but also to create a distinctive personality for the hotel.” 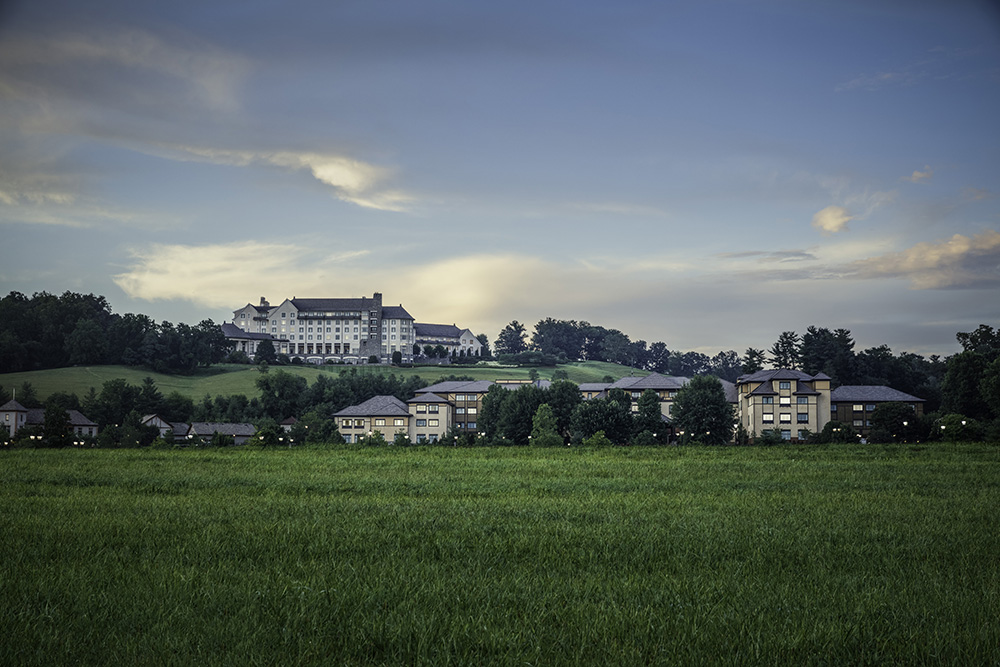 “Photo courtesy of The Biltmore Company”

The sprawling 209-room hotel is tucked next to restaurants, shops and a winery that all have real or simulated shake roofing. Each of the structures has a natural, rustic feeling, inspired by the eclectic mix of cottages and farm homes original to the estate that opened in 1895 belonging to George Vanderbilt.

To ensure a distinctive look to the roof, Pelcak and her team worked with DaVinci to gain samples of multiple color blends of Bellaforté Shake tiles. The final decision was to create and install three unique color blends with the predominant colors including a range of Tahoe colors (Light, Medium Light, Medium and Dark), plus Dark Chesapeake.

“The color selection was an arduous process since we wanted a subtle variation across the roof to blend with the adjacent existing structures and complement the main exterior facade treatment,” says Pelcak. “We’re proud of this project and pleased that The Biltmore Company is happy with the look and performance of the DaVinci product. Based on their feedback, we may specify these tiles again on future projects throughout the estate.”