The townhome community of Chelsea II at Jacaranda in Plantation, Florida is about a dozen miles from the ocean. But that is still close enough for salt air, humidity and high winds to play havoc with the real cedar roofing tiles on the 24 buildings in the community.

Earlier this year, after researching replacement roofing products for at least three years, the board of directors for Chelsea II took the leap and invested in polymer shake roofs from DaVinci Roofscapes. 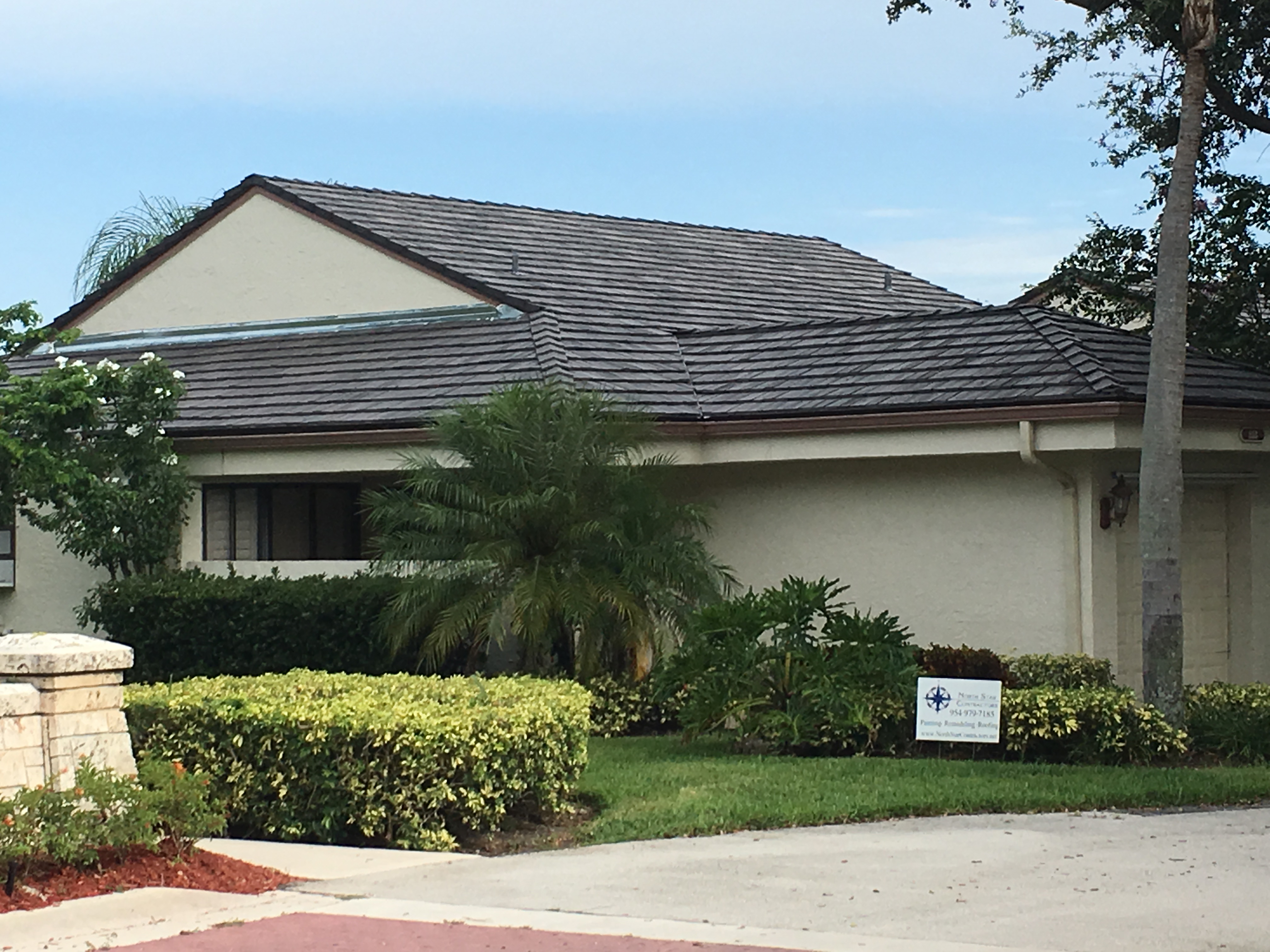 “The decision to replace our existing roofs was accelerated since we could no longer get insurance companies to bid on our association because of the cedar shakes over our 96 units,” says Carol Sachs, president of the board and a resident at Chelsea II. “This year in order not to pay $150,000 for insurance we were forced to go with an unadmitted insurance company. That spurred us to action and the new roof started going up in January.”

Once on top of the structures, the roofing crew discovered the existing cedar shakes were at the end of their lifespan. In some cases they were leaking badly.

“Those shakes were curled, cracked and rotted,” says Jerry Lowenstein, vice president of operations for North Star Contractors. “There simply wasn’t much life left in them and they were actually becoming a hazard for the community.

“We’ve installed the DaVinci roofing product before at the Hialeah Race Track here in Florida. In my opinion the composite roofing is a major improvement over metal and a far superior option than shingles.”

As each Chelsea II building gains its new roof, homeowners are expressing their excitement over the composite shake tiles.

“We selected the Bellaforté Shake in a Mountain VariBlend color because it’s an almost exact match to our existing roof,” says Sachs. “Homeowners here love the new roofing tiles, as do residents in our sister communities. We can all breathe a bit easier now with these roofing tiles overhead.”