Is Your Roof Ready for Severe Weather?

April 2nd is an important anniversary date for residents of the Harbor Isle community in Wichita, Kansas. One year ago on that date a microburst struck their neighborhood. Winds up to 100mph created major damage in the area — and sucked off many roofs.

Which roofs survived? Those made of synthetic roofing material from DaVinci Roofscapes. "The majority of concrete tiles sustained very serious damage, with many others demolished," says Mike Heiland, president of Heiland Roofing and Exteriors in Wichita, Kansas. "Of the three DaVinci Roofscapes composite roofs we installed in this community, one home had zero damage. Another home had one missing ridge cap. The third home needed approximately ten feet of ridge replaced. That's absolutely nothing compared to the devastation that all the other homes in that neighborhood experienced."

Homeowner Donna Westhoff, whose DaVinci composite shake roof was less than six months old at the time, recalls her amazement after the storm. "To our joy and surprise, the new DaVinci Roofscapes synthetic shake roof, had only one end cap gone from the winds," says Westhoff. "Many of our development neighbors had major shingle loss and some had structural roof damage. We have a beautiful roof, but more importantly we have peace of mind. Our DaVinci composite shake shingles came through and held up when we needed them most."

Another homeowner, Paul Dugan, has similar recollections of the storm … and then he took action immediately afterwards to gain his own peace of mind. 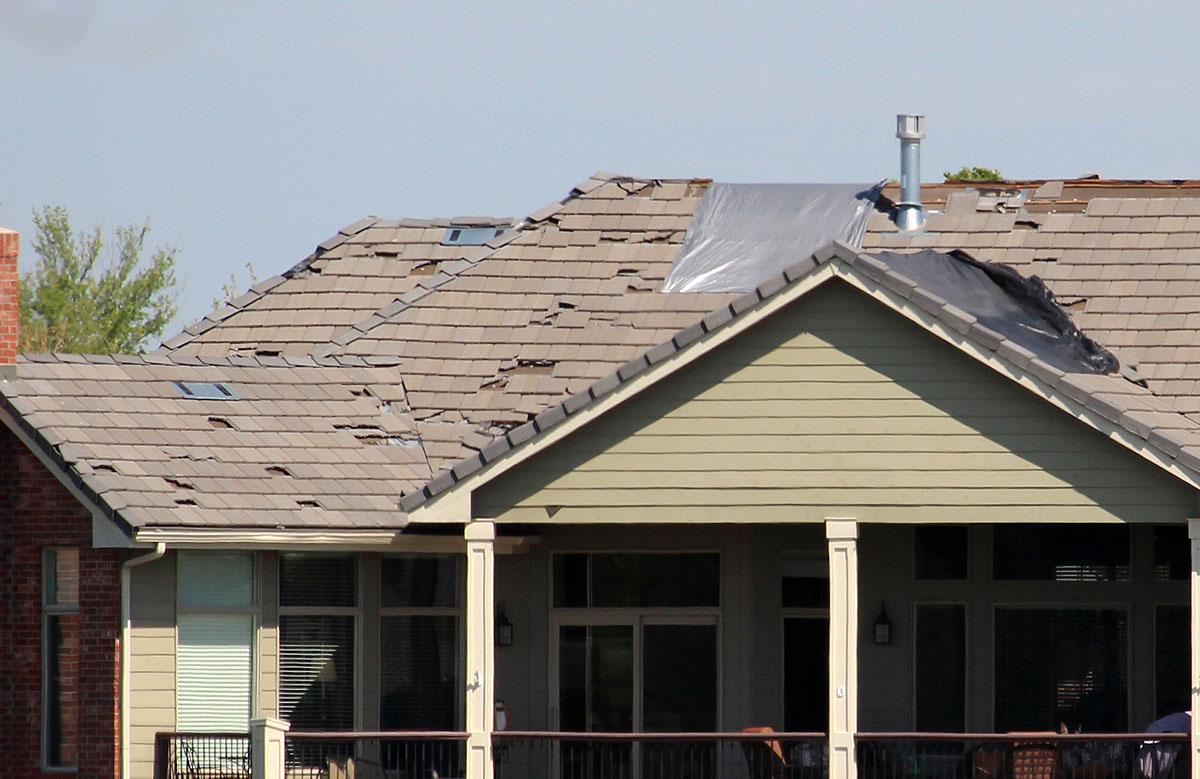 "Concrete roof tiles were thrown through neighbor's windows, into vehicles parked along the streets and in driveways," says Dugan. "Every home with a concrete tile roof was missing large sections while a couple of the homes that had been recently re-roofed by Heiland Roofing with DaVinci shake roofing tiles had every single tile in place and no visible damage to the property. I was very impressed and called Heiland Roofing the next morning.

"I now have a Bellaforté Slate roof that looks exactly the same as the previous concrete tile roof but has the highest impact resistance in the industry. The impressive interlocking system allows for installation with securing the tile in all four corners so we're not going to worry about tiles peeling back and blowing away in future storms."