Round Two for DaVinci Roofscapes Installation at Hotel Breakers

The saying "life's a roller coaster" certainly resonates with roofer Jim Carson. He and his team from A-STAR have been "up on the roof" for the second winter in a row installing 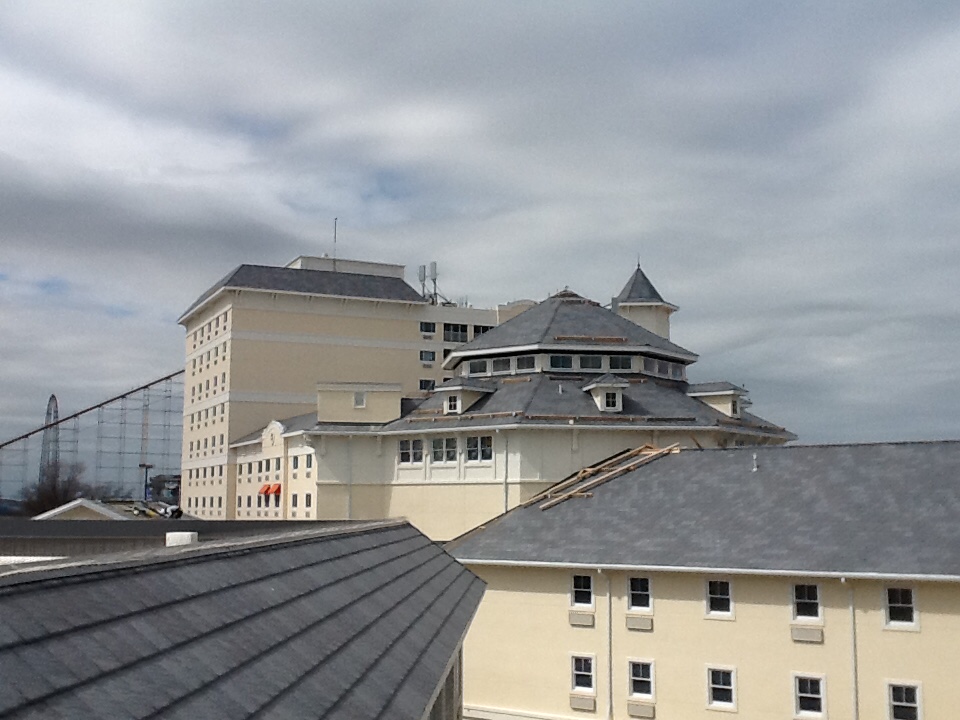 With Cedar Point's famous roller coasters as the backdrop, the A-STAR team installed 450 squares of composite slate tile from DaVinci Roofscapes — plus on four turrets — in a custom Milano blend featuring combinations of gray and purple tones. The project started in November of 2014 and lasted until late April 2015. (See Cedar Point Hotel Gets Bellaforté Roof)

"Our experience with installation on the first phase of this project last year made it a bit easier for the second phase," says Carson, vice president of A-STAR out of Macedonia, Ohio. "However, there's nothing that can really help when temperatures hit record lows and with the brutal snowfall we had this year." 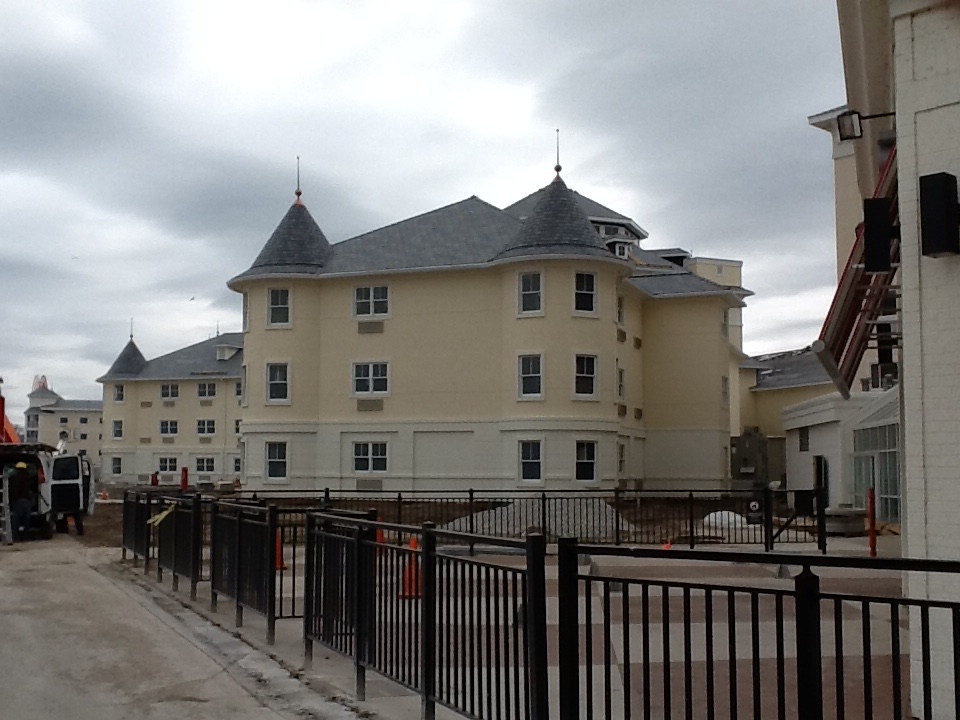 Backed by a lifetime warranty, all DaVinci green roofing materials are designed to remain flexible at extreme temperatures, making it possible to install roofing tiles during all types of weather. The DaVinci resin system for all products has passed the freeze-thaw ICC-ES Test (Acceptance Criteria AC07, section 4.9) with exposure to temperatures from -40 F to 180 F in 22 hour cycles for approximately a month.

DaVinci sustainable roofing products have also undergone the accelerated weathering test ASTM 4798 test for 4,500 hours with very little significant change in tensile strength. That test is six months of actual exposure, but is equivalent to several years of exposure to the sun. The test replicates real world weather extremes such as high temperatures, moisture and thermal shock.

"One of the chief reasons Bellaforté slate roofing tiles were chosen for the Hotel Breakers re-roofing project originally was because the installation could be done in cold weather without having to warm the polymer roof tiles before installation," says Carson. "This is the final phase of the installation, which has gone very well. While there may be more re-roofing projects on site here, I don't believe we'll be battling Mother Nature as much in the future."