Phyllis Hoffman DePiano had been in her dream home for less than a year when a severe hail storm put her DaVinci Roofscapes roof to the test. Golf ball sized hail and strong winds tortured her home. But when the storm was over, not a dent could be found on her synthetic slate roof. 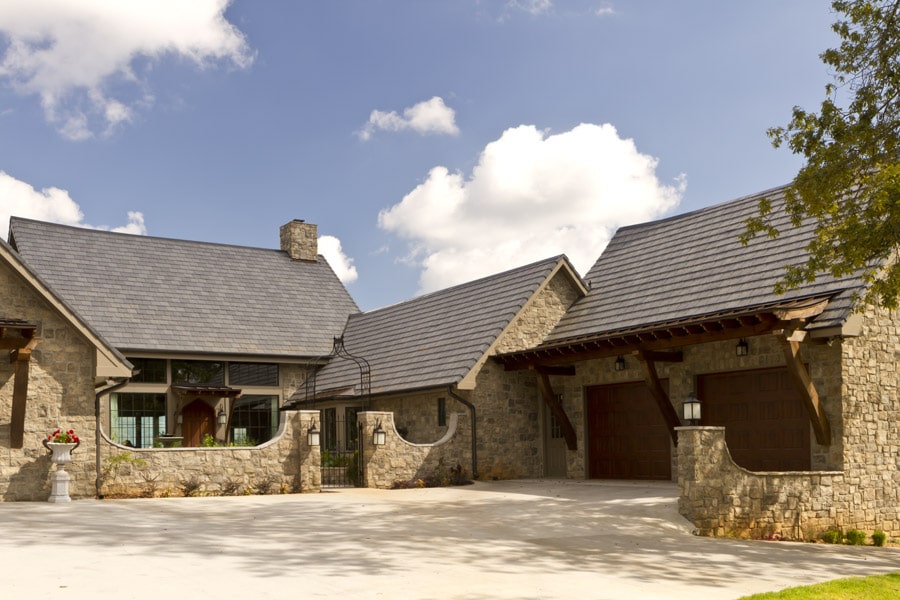 “I knew this storm would be the test for our DaVinci roof,” says DePiano. “This was the worst storm since we had moved in. And wow … it was a total success!”

While medium to large sized hail stones completely demolished two of her neighbor’s roofs, DePiano had no damage at all to her home.

“The neighbors next to me with traditional asphalt roofing shingles got hit the worst,” says DePiano. “The hail storm was so bad they have to do full roof replacements.

“We had absolutely no damage. When we selected the composite slate roof for our dream home, we did so primarily for the aesthetics. It looks so good that we’ve had people stop by and take photos of our home, which is an extreme compliment. But for the roof to also perform so beautifully is just a blessing.”

The English cottage style home DePiano created in Birmingham, Alabama, was featured as the “2017 Inspiration Home” in the November/December 2017 issue of Southern Home magazine.

To top off her beloved home, DePiano selected Bellaforté Slate tile roof in Smokey Gray. Embraced by flowing gardens, the unique design of the home draws envious glances from everyone in the neighborhood. Now it’s also drawing interest from neighbors for the durability of its roofing material.

“When the house was under design we selected the synthetic slate product because it brought charm to the home’s style,” says DePiano. “You look at this house and would swear there’s natural slate overhead. We’ve actually had several friends insist that it’s slate. We love educating them about synthetic slate!

“Now, after seeing how the DaVinci roof so effortlessly handled the severe weather, we’re incredibly impressed. We knew we had a dream home … now we know we also have a dream roof.”