You might never get a second chance to make a first impression, but boosting your home’s curb appeal could just draw some new guests to your front door. The most popular exterior photos uploaded from July through September provide plenty of ideas and inspiration to spruce up your house’s exterior, from lighting to landscape to rooflines. Here are the most popular exterior photos, as measured by the number of people who added them to their ideabooks in that period. 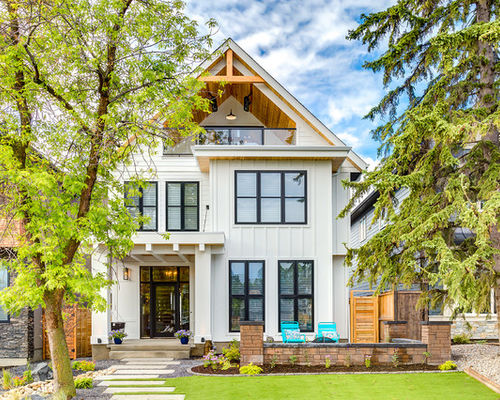 Peak beauty. The designers at Trickle Creek Designer Homes in Canada describe this nearly 4,000-square-foot home as their take on a modern farmhouse. A third-floor balcony features a peaked gable roof overhang. The underside of the roof above the balcony is covered in reclaimed wood, adding an earthy element to the white facade. 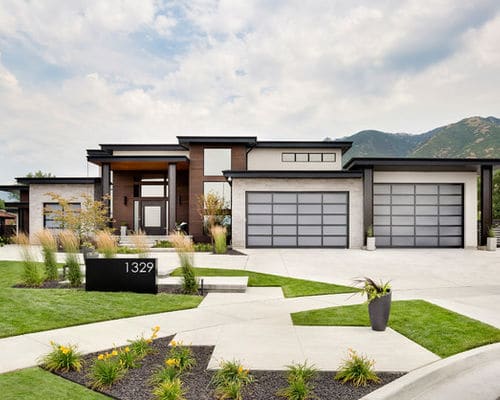 Glamour garage. If the design of your home features a prominent garage, or in this case two, it’s wise to make them as appealing as possible. The dual garage doors on this contemporary Salt Lake City home include panes of translucent glass that create a softer touch and a bit of glam.

Related: House Numbers That Pop With Style and Personality 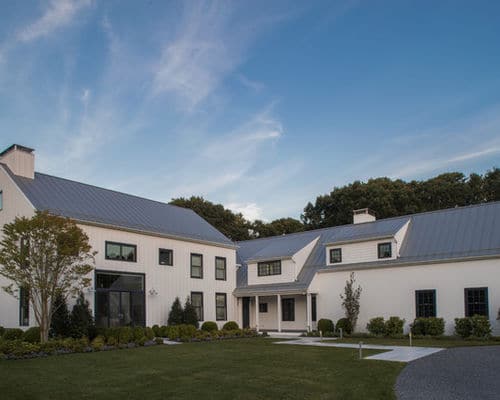 Zigzag. A straight line might be the fastest way between two points, but when it comes to good design, sometimes it’s worth slowing down. The pathway leading up to this modern farmhouse in North Haven, Connecticut, could have gone in a straight line, but the zigzag layout adds a bit of whimsy and flair to the front yard. 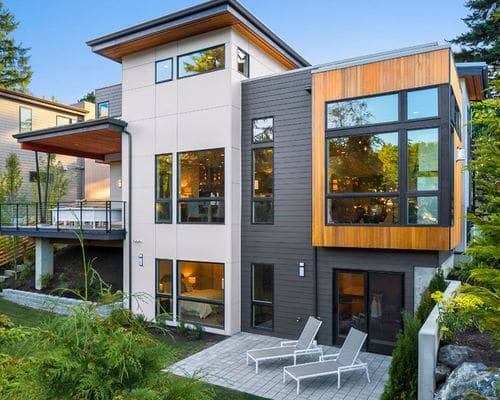 Mixed materials. The design team at Summerwell Homes used a combination of wood, stucco and cement to break up the massing in this three-level Seattle home and add interest. 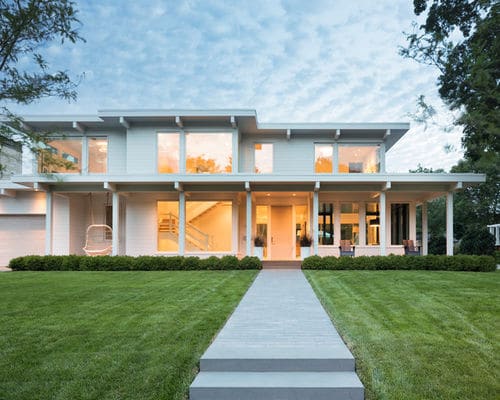 Builders Association of the Twin Cities, original photo on Houzz

Swing time. This contemporary house in Minneapolis features a large wraparound porch. Instead of adding a traditional porch swing, the designer chose a swinging cane chair that adds both a nod to midcentury design and a touch of bohemian charm. 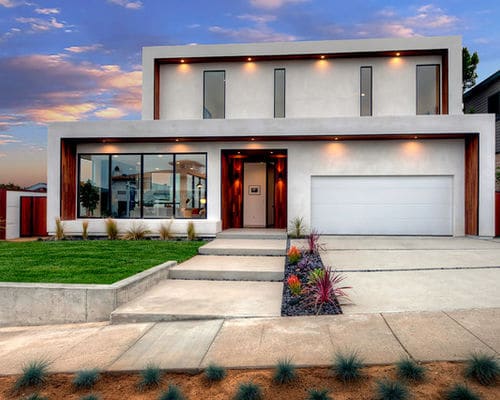 Light it up. It’s all about good lighting. This is just as true for the exterior of your home as it is for the interior. The team at Lumer Development & Design added recessed lighting along the underside of the first- and second-floor overhangs to add some drama and highlight the architecture.