Saving rainwater isn't just about reducing water bills. It's about conserving natural resources. With so much water coming out of the sky during the first part of this year, now is the ideal time to consider harvesting rainwater from roofs.

"West Coast areas that are normally dry have seen incredible rainfall amounts so far in 2017," says Tim Gentry, vice president of technical services at DaVinci Roofscapes®. "The Sacramento area was drowning in more than 17 inches of rain during the first two months of the year. Imagine the potential for saving that rainwater for use later during the dry season." 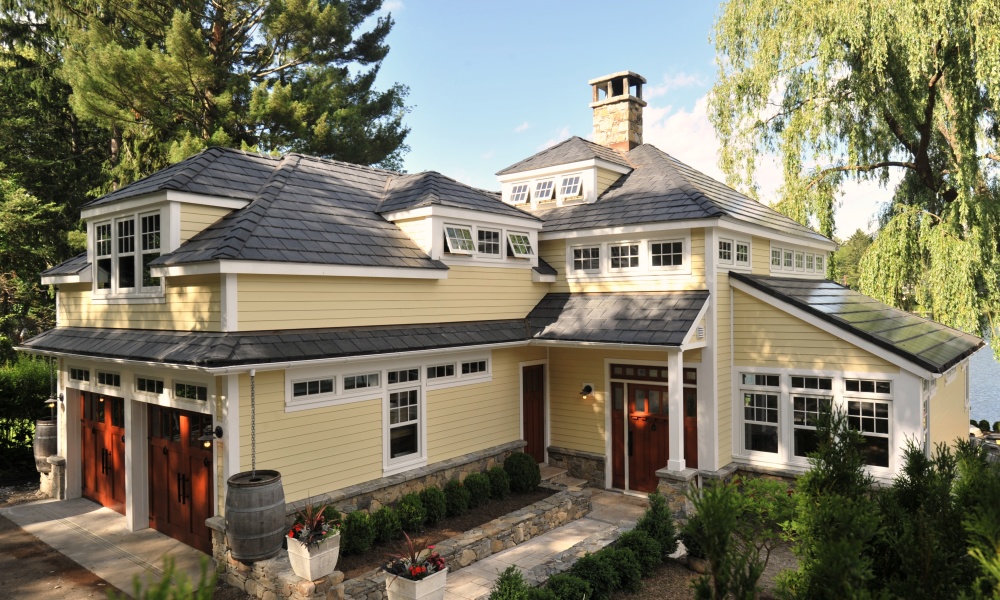 Gentry points out that collected rainwater can be used for a variety of home tasks, including washing cars, watering plants and cleaning. "Water harvesting is an easy, positive way to help the environment. As rainwater slides off a polymer, metal, ceramic or real slate sloping roof into collection barrels, it's safe for secondary uses like garden irrigation, doing laundry or flushing a toilet."

According to Gentry, if enough people implemented rainwater harvesting techniques at home, it could help reduce demand on existing water supply in their areas.

"Look at a city like Macon, Georgia," says Gentry. "They had 6.6 inches of rain in the first two days of 2017. That amount broke all kinds of records. If people had harvested even a portion of that water, then it would have helped reduce run-off and erosion. The community could use the saved water for everything from fire protection services to filling outdoor public pools.

"Whether collected in barrels or through pipes going directly into cisterns for use and storage, gathered rainwater can make a big impact. According to RainBarrelGuide.com, for every inch of rain that falls on a 'catchment area' of 1,000 square feet, approximately 600 gallons of rainwater can be collected. Now remember that Macon received 6.6 inches of rain. That number means there was a potential to save almost 4,000 gallons of water! That's quite a strong contribution to the water supply for a homeowner."

Looking for more information on rainwater collection and green roofing options? See From the Architect's Corner – Harvesting Rainwater and Collect Your "April Showers".