If you’re involved in commercial roofing projects either as a roofer or property owner, there’s great news on the horizon! Section 179 of the Tax Cuts and Jobs Act approved by Congress in late 2017 makes it possible for nonresidential roofs to be fully expensed in a single year, instead of over many years through depreciation.

What does this mean? It means that costs of improvements to qualifying nonresidential projects can be immediately recouped — up $1 million.

“Just imagine the positive impact this new law will have on re-roofing projects for schools, hospitals, office buildings and other commercial structures,” says Michael Cobb, vice president of sales and marketing with DaVinci Roofscapes. “Given the changes to Section 179 by the new tax law, qualifying taxpayers may now elect to fully expense the cost of nonresidential roof improvements — including full reroofs of existing buildings — beginning in 2018 and in future years.

“We’ve seen a distinct growth year-over-year of commercial projects investing in composite roofing during the past decade at DaVinci Roofscapes. Property owners recognize and appreciate the value composite roofing brings to their projects.

“With this new tax law there’s even more incentive for property owners to choose high-performing composite slate and shake roofing products for their businesses.”

Section 179 allows taxpayers to immediately expense the cost of qualifying nonresidential property rather than recovering such costs over multiple years through depreciation.

The Tax Cuts and Jobs Act significantly expands the expensing limits under Section 179, with the maximum amount a business may expense now set at $1 million and the phase-out threshold increasing to $2.5 million. The new limits are effective for qualifying property placed in service in taxable years beginning after December 31, 2017. The amounts will be indexed for inflation starting in 2019.

“The bottom line is that any improvements to nonresidential roofs, including full reroofs of existing buildings, may now be expensed in the year of purchase by any taxpayer eligible to deduct expenses under Section 179,” says Cobb. “This is a vast improvement to the previous law which required depreciation of a commercial reroofing project over 39 years.

“The impact of this new law may mean more commercial property owners stepping up for reroofing projects. As a result, the roofers involved in commercial roofing projects like hotels and resorts, assisted living facilities, churches and other projects should be able to look forward to an acceleration of business in the future.”

The National Roofing Contractors Association (NRCA) first reported on the news of the new tax law. The change to the law occurred after years of efforts by NRCA leadership to educate lawmakers regarding the economic benefits of improved tax treatment of roofs. 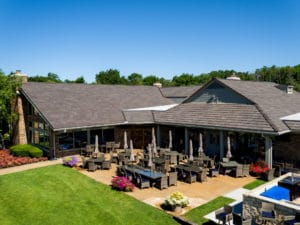 Full information on the addition of roofs as qualifying property can be found online at the NRCA website by clicking HERE. And, to read the full bill, click HERE.