Roofs come in all shapes and sizes. In fact, there are many different styles of roofs out there. Here are a few of the most common types – can you tell which one you have? 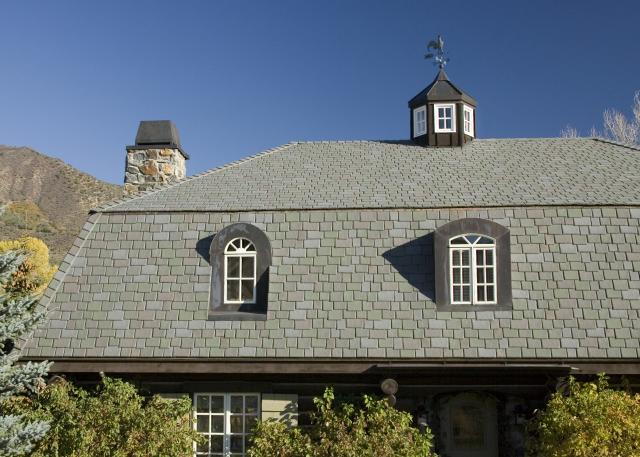 Mansard: A Mansard roof can be recognized by two slopes on all four sides of the roof. The lower slope is very steep and is usually punctuated with windows, whereas the pitch of the upper slope is so shallow that it can be hard to see from the street. These roofs became especially popular in nineteenth century Paris because they acted as a means of bypassing regulations that limited the heights of buildings to 65 feet. Since the height of the building was measured to the cornice line at the base of the roof, a Mansard roof made it possible to add extra height and living space.

Gable: Gable style roofs are any roofs that have two upward sloping sides that meet at the top. The basic, triangular-shaped roof that children typically put on drawings of a house is a gable roof but so is a beautiful, more complicated roof that has several cross-gables. 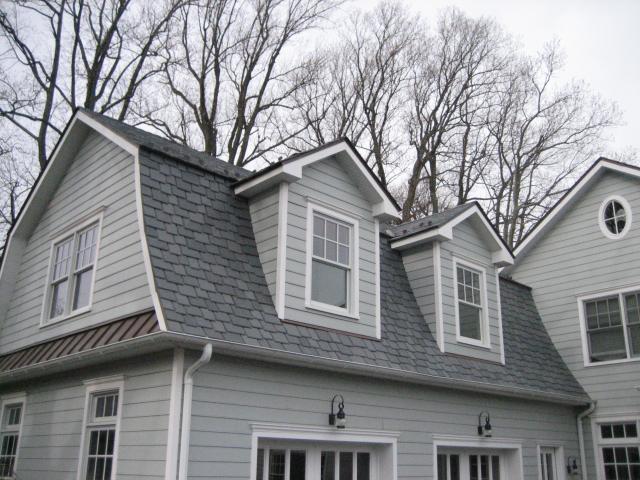 Gambrel: Gambrel roofs were initially used on barns because they give the structure more space for storing crops and animal feed. In a home, that extra space may be used for a bigger, loftier attic or bedrooms. The Gambrel is easily recognized by its two slopes, the lower one being steep and the higher one being more shallow. The overall appearance is very similar to a Mansard roof except that, while a Mansard slopes down on all four sides of a structure, the Gambrel only slopes down on two sides of a structure (as is the case with most barns). 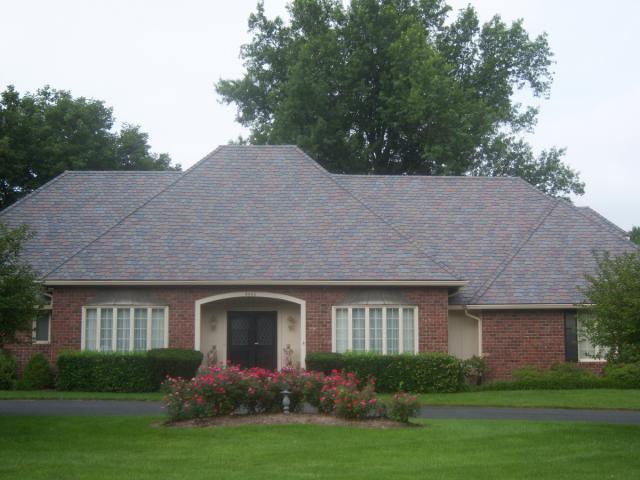 Hip: Hip roofs are a common type of roof in many parts of America, come in many forms, and can always be recognized by the lack of any vertical sides or “gables”. For example, if the top of your house looks like a pyramid, it probably has a square Hip roof. If it looks kind of like a pyramid with a long ridge on the top, it’s probably a rectangular Hip roof. Tented roofs and Mansard roofs are also variants of Hip roofs.

Were you able to identify your roof type? Our synthetic roofing material can be installed on virtually any steep slope roof type. If you have questions about our products and f they will work on your roof, please contact us. We’re happy to help!