Some high-end contractors think that the easiest way to install DaVinci Roofscapes simulated slate roofing is with a felt interlay instead of felt underlay. The advantage to using an interlay system is that once the interlay is installed no chalk lines will be required to assure the coursing is straight. In addition, several roofers can work on the same run at the same time. Although there is some extra time installing the interlay in the first place the time is made up as the tiles are installed. Some contractors argue that felt interlay is an improved roof system; if water ever gets on the interlay it comes right back out on the next course of slate.
Keep in mind felt interlay is required when installing a DaVinci Shake Shingle roof when the pitch is less than 6:12. 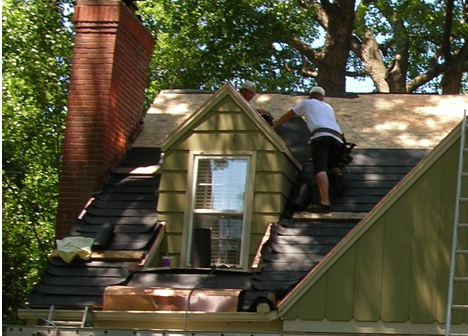