Over the years I have seen many steep slope roofing installations where the installer used red or black chalk when snapping chalk lines. On many surfaces those lines are virtually permanent and will last for years. When it says “permanent chalk” on the bottle you should believe it. I was recently on a DaVinci Roofscapes composite slate roof installation where the installer used red chalk to achieve a staggered pattern. I took the photo below after an attempt was made to power wash the tiles with the red lines with no luck. 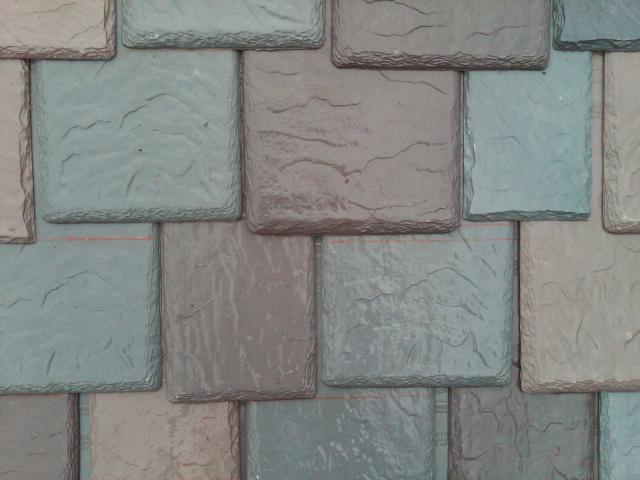 A better method to use when installing DaVinci tiles in a staggered application is to snap lines on the underlayment and the lay the tips of the tiles to those  lines  as illustrated below. 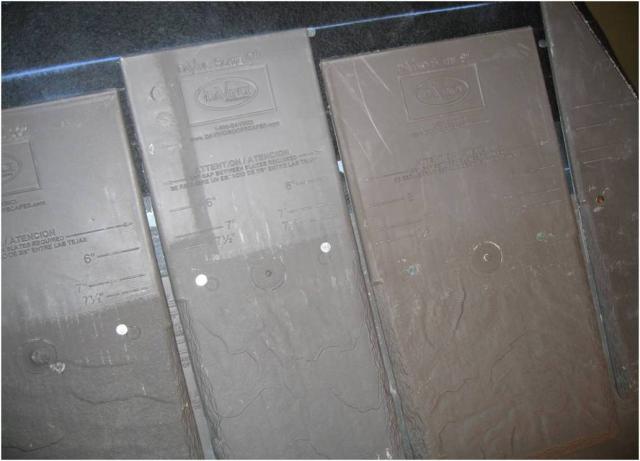 In all roof applications regardless of where you are placing your lines, blue chalk is probably a better choice than red or black. Even though blue chalk can sometimes be hard to get off as well, if and installer drops a red chalk box and red chalk falls out you can have a major disaster on your hands.