A Devil of a Hail Storm 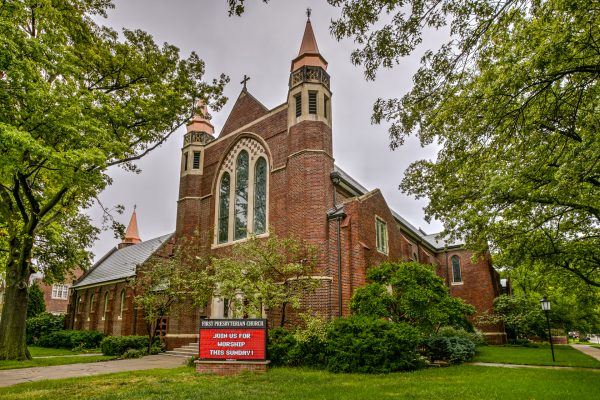 When you live in the Midwest, hail is the enemy. Year-after-year, hail storms can continually damage a roof … or a freak hail storm can destroy it in just minutes.

Since 1869, members at First Presbyterian Church in Lincoln, Nebraska have dealt with hail storms that impacted their homes and church. In 2019, the real slate roof over the church was deemed a loss due to hail damage. Just 21 years after being installed, it was ready to be replaced.

“It’s disappointing that the natural slate roof only lasted two decades,” says Sue Coller, pastor at First Presbyterian Church in Lincoln. “The hail damage was so significant that the insurance company settlement allowed us to invest in the synthetic slate roof from DaVinci.”

Standing Up to Hail 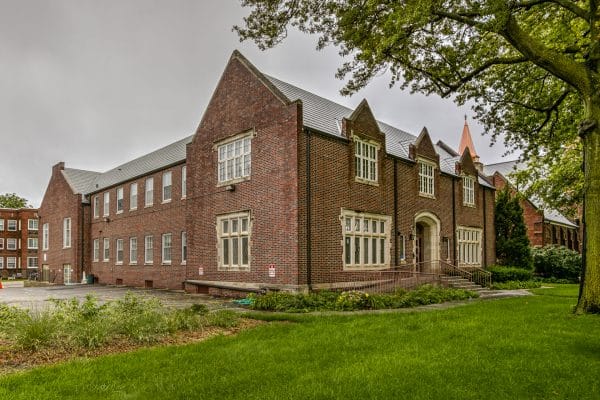 The massive roof replacement project was coordinated by Precision Construction & Roofing. It involved adding a new Bellaforté Slate roof to the church sanctuary. In addition, the chapel, offices, fellowship hall and many classrooms got a new roof. The city-block sized church facility now looks revitalized with an Evergreen-colored roof.

“We recommended the DaVinci product to the church because of its Class 4 impact rating,” says Eric Hunter, owner of Precision Construction & Roofing. “We’ve installed about 100 DaVinci roofs in this area. They all hold up extremely well to our regular hail storms. We’re confident the church will experience the same peace-of-mind now that they’ve invested in the impact-resistant roof.” 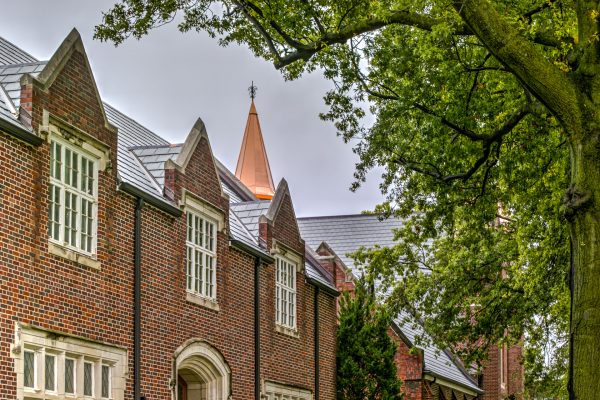 As part of the massive re-roofing project, the team at Precision also replaced three copper-covered steeples. Now, as the church celebrates its 150th anniversary year, the new roof stands out as an elegant and durable accent to the brick structure.

“The finished project looks really good,” says Coller. “We appreciate that the appearance of the Bellaforté synthetic product is similar to the previous slate we had on the roof. The higher impact rating for the hail than real slate is definitely an answer to our prayers!”