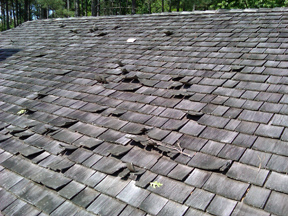 Before the Gapultos had their cedar roof shingles replaced with DaVinci Roofscapes polymer roofing, you’d swear aliens had chewed off part of their cedar shake roof.

Just 12 years after being installed, several cedar roofing shingles were missing, while others were curling up badly. The entire roof was faded, stained and had suffered roof hail damage. Now, after the installation of simulated shake roofing from DaVinci Roofscapes, the home’s exterior has been transformed.

“The original cedar shakes should have lasted another eight years or so, but they were installed straight to the deck without an underlayment, so they’re history,” says Jim Butters, owner of Advanced Roofing and Gutters Systems. “When I was called in on this project I knew the only way to restore the homeowner’s faith in their roof was to install synthetic shake shingles.” 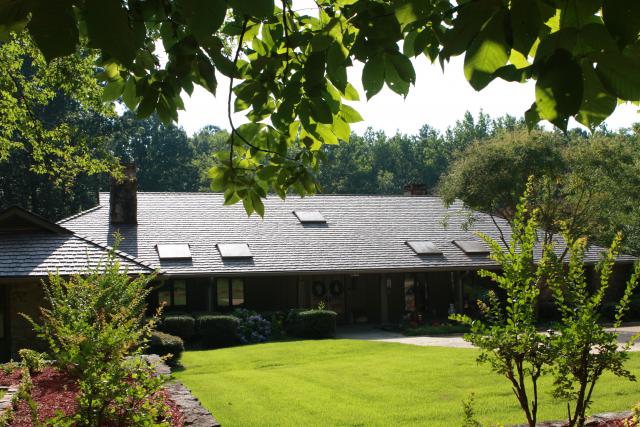 The 125 squares of DaVinci shake alternative tiles installed on the Gapultos home have a deep-grained surface that reflects the natural texture of cedar shakes. Butters and his team of 12 installed the Tahoe blend of tiles in May of 2010.

“Along with being able to withstand the hail that originally damaged them, these eco-friendly roof tiles have been tested for high winds and fire resistance,” says Butters. “This new roof will endure whatever kind of weather comes our way in Alabama.”