From the air, the roof on Stan Brannan’s home looks larger than the covering over a superstore or an oversized circus tent. The massive size of the roof made the selection of his new composite slate roof extremely important for the Kansas homeowner. 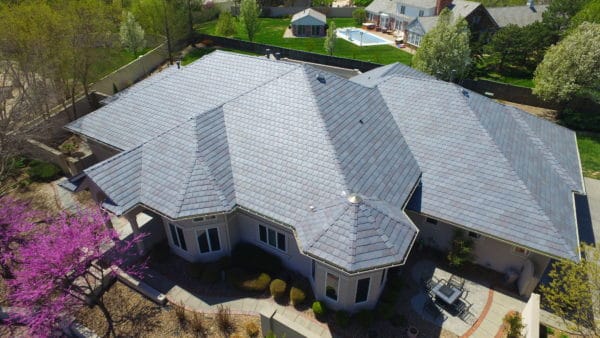 “I searched for a roof that would help protect my home from the serious weather conditions we experience in Wichita,” says Brannan. “Equally vital was finding a roof that adds to the curb appeal and overall look of our home.”

Like many people in the Midwest, Brannan’s search for a new roof resulted from hail damage.

The home’s original roof featured a concrete shingle. In 2011 hail and leak issues meant that the roof was patched with some of the original shingles from 1999, plus some newer shingles. Over the years, additional problems caused more “quick fixes” resulting in the roof looking like a patchwork quilt.

“Once we were up to potentially three different roofing shingles, our insurance agent argued to the insurance carrier that using so many shingle types was going to seriously devalue the house if we ever decide to sell,” says Brannan. “As a result, we were approved for an entirely new roof.”

Composite Slate to the Rescue 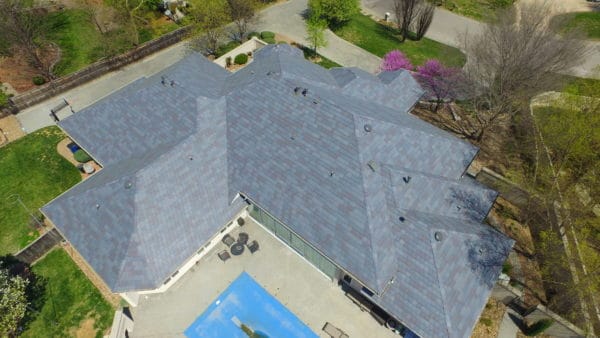 “We install between 25 and 30 DaVinci Roofscapes composite roofs each year,” says Worrell. “For this home, I recommended the Bellaforté Slate product because it has a similar profile to the previous concrete tile roof on the Brannan home. It lays in a uniform pattern and enhances the overall look of the house.”

Once Brannan agreed to the selection of Bellaforté composite roofing, the next decision was the color choice.

“Our house colors are very neutral,” says Brannan. “The original concrete tiles had some colors in the coating … sort of reds and greens.

“As we looked at the many color options from DaVinci, the European Blend caught our eye. It produced a similar effect as our original roof. The darker color of this blend — with the light, medium and dark grays plus the dark purple —— enhance the overall appearance of the house.” 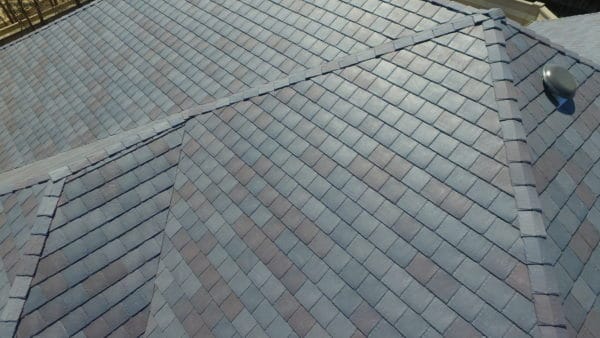 With the color decisions made, the composite roofing order was placed. Next came the removal of the original concrete tile.

“Those tiles were very heavy,” says Worrell. “We needed to bring in heavy lifting machinery to remove them off the property.

“During the removal, we could see how the two styles of tile previously used did not match up. Now, with the DaVinci roof, the Brannans are protected from severe weather. Since the Bellaforté products resist hail, impact, strong winds and other types of severe weather, they should have greater peace-of-mind in the future.”

With a new roof overhead, the Brannans have put their roofing troubles behind them.

“Both our Aegis Group insurance agent Andy Frieze, and Brett at Rhoden, worked tirelessly to complete this project,” says Brannan. “They did a great job working with us on the issues, decisions, schedules, impact and other aspects of this project.

“Now we have a composite roof overhead that boosts our curb appeal and reduces our worries. It doesn’t get much better than that!”