A distinctive element of the design of the buildings are the mansard roofs that extend vertically from the top of the first floor up to the top of the second floor. An attractive decorative detail of the complex, these siding/roofs were originally covered in real cedar shake shingles.

With time, the cedar roofing rotted and became infested with thousands of bees. That’s when it became apparent a solution was needed.

“The owners realized they were spending a lot of money year after year repairing and treating the old wood shakes,” says Todd Runyon, president of Runyon and Sons Roofing out of Mentor, Ohio. “The apartment owners wanted to maintain the look and character of the original wood shake design without having all of the future maintenance work.

“Once they saw the Bellaforté Shake synthetic shake shingles they fell in love with the look and functionality. We’ve previously done another roof project with DaVinci composite roofing and we’re seeing more and more opportunities for these imitation slate and composite shake products in the marketplace.” 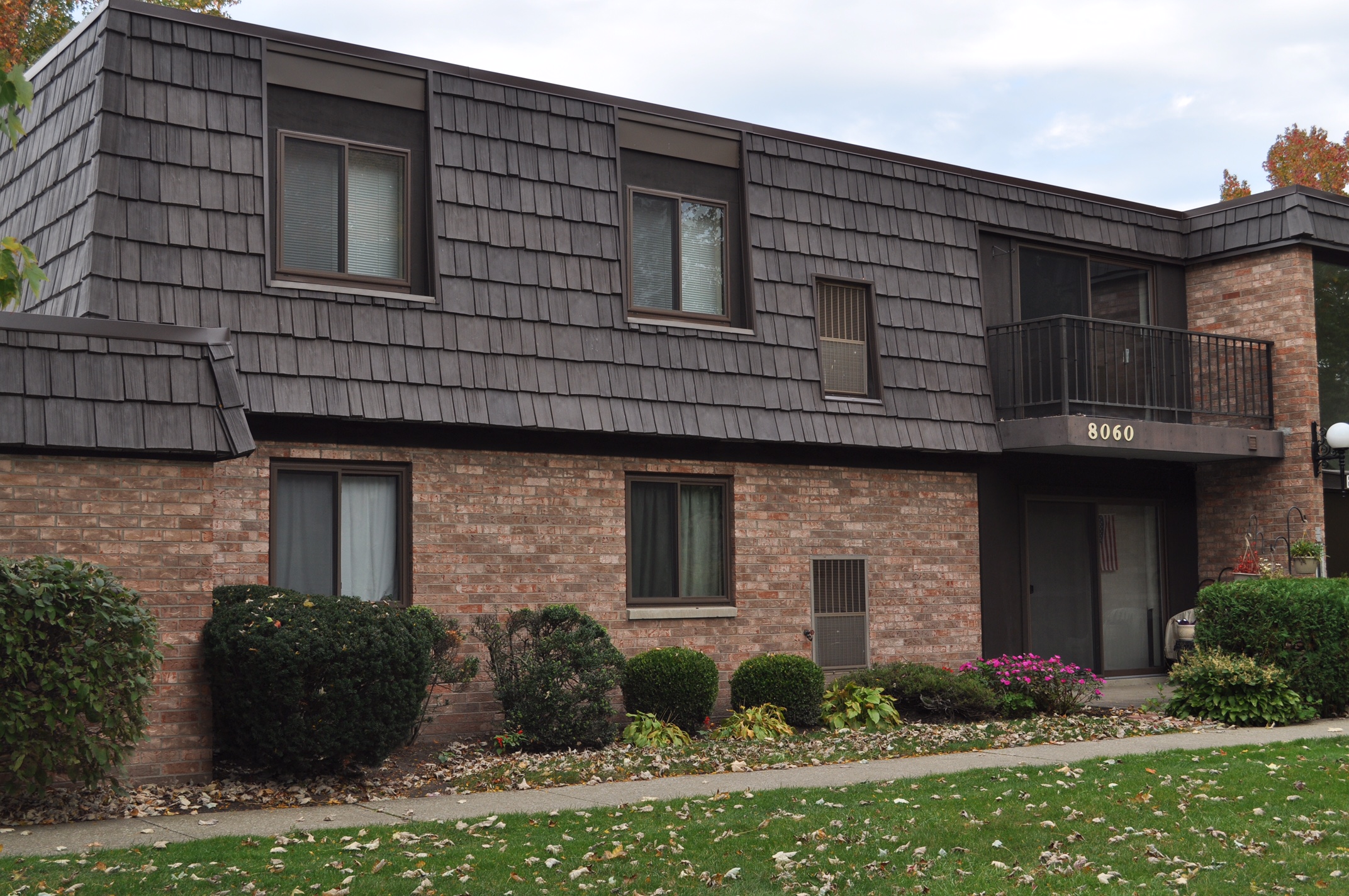 Working through rough Cleveland winter weather, the re-roofing project took seven months for Runyon and his team. Along the way they created unique flashings around the windows and the second floor balcony doors.

“The new fake cedar shake shingles transform and update the look of the entire apartment complex,” says Runyon. “Best of all, the apartment owners will have decades of no maintenance hassles … plus no bees!”