When their 40-foot tall stone chimney came crashing through the roof, the Zlotky family knew they were in trouble. In the midst of an EF-3 tornado, their house shook and trees outside were snapping in half. Water poured into their Dallas home through the collapsed roof framing.

Damage was so severe in north Texas that this October 20, 2019 storm is the costliest tornado event in the state’s history. Damages are estimated at about $2 billion.

Immediately after the storm, Lauren Zlotky texted her roofer, Daniel Askari, with Absolute Construction. His team had installed a DaVinci composite slate roof on their home back in 2014. They had kept in touch, with Askari performing routine visits to inspect and maintain the roof.

“I texted Daniel after 10pm and asked if he could come over in the morning with tarps,” says Zlotky. “He was out-of-state but drove through the night to get back to help us.

“He and his team had to park a half mile away from our house. Debris was everywhere. Then they walked through dangerous areas with downed electrical wires and trees. They hand-carried the tarps and equipment needed to cover our roof.”

From Bad to Worse

Even with Askari’s help, it was a difficult situation. The storm’s 140 mph winds caused damage to many of the roof tiles. Rain had come in throughout the night through the gaping hole in the roof where the chimney used to be. After that, 24 hours later, the weight of accumulated water caused a second floor bedroom to collapse down into the first floor.

“We had a six-foot tall pile of roof, dry wall and chimney bricks in our living room,” says Zlotky. “Outside we had 18 trees destroyed. The neighborhood was devastated. It was a week before we could get cars out of our driveway.” 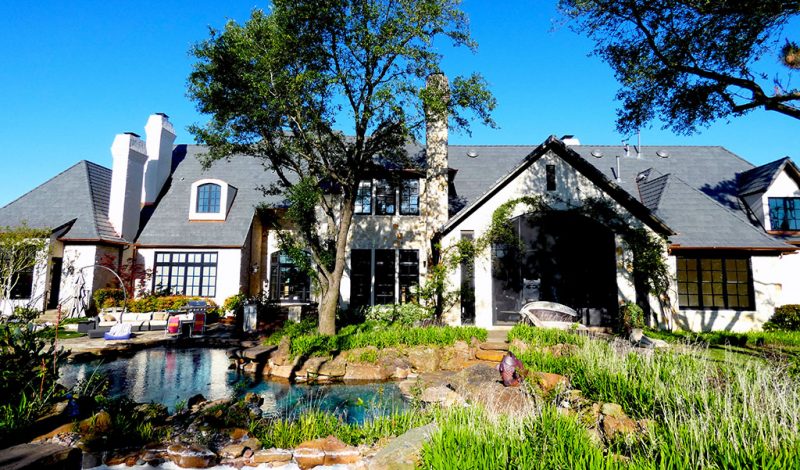 Despite the horrendous situation, there was a bright spot for the Zlotkys. Their DaVinci roof appeared to handle the storm better than other roofs in the community.

“When I got to the neighborhood it was like a war zone,” says Askari. “Other houses with composition roofing were completely destroyed. I was extremely impressed with the performance of the DaVinci roof given the intense weather.

“We know the product is tested to Class 4 impact rating, but this storm exceeded those conditions. I believe this durable DaVinci roof helped prevent the home from further damage and from being a total loss.” 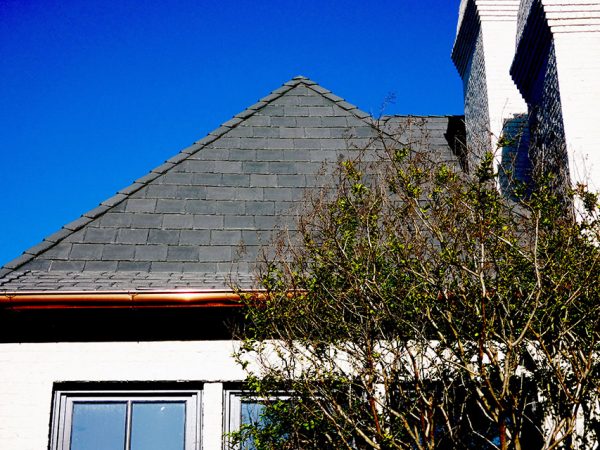 This wasn’t the first severe weather event the Zlotky’s Bellaforté Slate roof faced off against. According to Askari, in 2016 a storm with 2.5-inch hail pummeled the area. All the DaVinci composite slate shingles on the Zlotky home remained intact.

“After what this DaVinci roof has successfully withstood, I never even considered another roof,” says Zlotky. “I love our roof. It’s been through a lot.

“I would say this roof is the best investment we ever made. It really helped save our lives. Our DaVinci roof held up better than all our neighbor’s roofs that were hit by the tornado.”

Going with What Works

For the Zlotky family, the durability, appearance and warranty of the Bellaforté Slate roof are key factors that made them re-invest in a DaVinci roof. Above all, there was no doubt they would again use the services of Absolute Construction.

“On a scale of 1 to 10, we give Daniel and his company a 15!” says Zlotky. “We can never thank them enough for initially recommending the DaVinci roofing. Above all, they have our endless thanks for being so responsive after the tornado struck.”

The admiration and respect are mutual.

“These homeowners did everything right,” says Askari. “They stayed in touch with us after the roof installation. They had regular inspections and maintained the roof. Because of that relationship, they knew to call us immediately after the tornado.

“In addition, since we were able to get on site so quickly, we were able to work on the insurance claim quickly. Within two weeks after the tornado the new DaVinci order was placed. That’s long before others in their neighborhood were even able to get near their destroyed homes.”