When Jennifer Hake was considering a new synthetic shake roof for her home, she called DaVinci Roofscapes for assistance. Customer Service Representative Danielle Wiese compiled a list of homes in Hake’s area with DaVinci shake roofs. That started Hake on a local road trip.

“I drove many days and miles to view houses with DaVinci roofs,” says Hake, a homeowner in Beaverton, Oregon. “During that time I saw DaVinci roofs in all colors and styles. I was impressed by the look of the older DaVinci roofs on houses I viewed. The older roofing looked great after several years in place.

“For my home, I picked the Bellaforté Shake in a Tahoe color. I thought this would add the most curb appeal.”

According to Hake, the true shake appearance was a big plus. “The resemblance is still remarkable,” Says Hake, “From a distance the synthetic shakes are practically indistinguishable from real cedar.

“And, the roof in its own right is beautiful—especially when compared to the other shingle roofs on homes right on my street.” 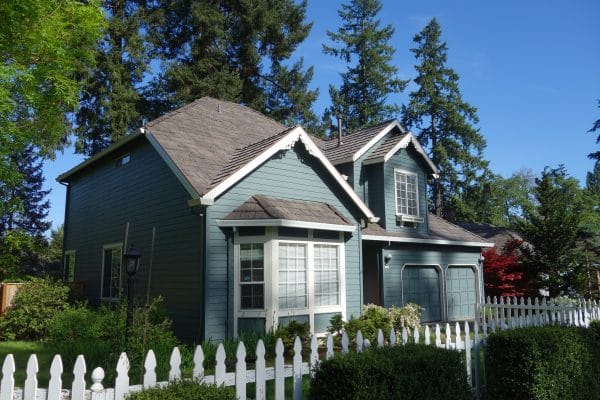 Hake believes her neighborhood has lost some of its original character. “The houses around mine were all updated with conventional asphalt shingle roofs,” says Hake. “I was sorry to see that happen. It’s caused the neighborhood to lose the character and beauty that cedar shake roofing brings.

“For my house in particular, I felt its bungalow style and overall appearance would have been diminished by using a conventional shingle roof.”

Living in Oregon, Hake is keenly aware of environmental issues. “I feel that the time of wooden shakes is over,” says Hake. “For environmental reasons, cost and maintenance issues, I wanted another solution that would have the same beautiful look as real shakes, but without the disadvantages.” 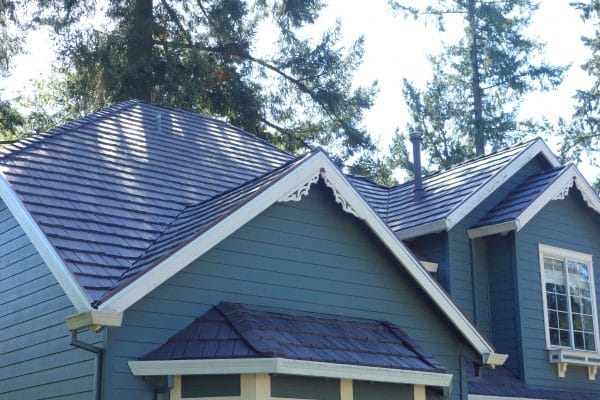 While Hake’s bungalow-style home is small, it has a big new look with her synthetic shake roof.

“The difference between the old, beaten-up real shake roof and the new DaVinci roof is amazing,” says Hake. “It’s now a pleasure to drive up to my house. Plus, I’m getting complements from everyone in the neighborhood.”

For Hake, who worked with Apex Home Solutions on the installation, her 1989 home exterior looks new again.

“If someone was looking for a new roof and asked my option, I’d say that I knew a DaVinci roof would be more expensive than a conventional shingle roof. However, to me the extra cost is definitely worth it in terms of aesthetic appearance. And, considering longevity of the product and low maintenance, I believe the cost will even out in the long run.”