After bad weather during 2019 wreaked havoc on homes throughout Missouri, Black and White Roofing got started helping homeowners. Where roofs were demolished in the after effects of severe weather, the company’s team got busy. They went door to door to offer roofing inspections and recommendations for replacement roofs.

In Lake Ozark, MO, Mike Harrington was frustrated. His 15-year-old roof lost its functionality after a tornado swept through his lakefront property. 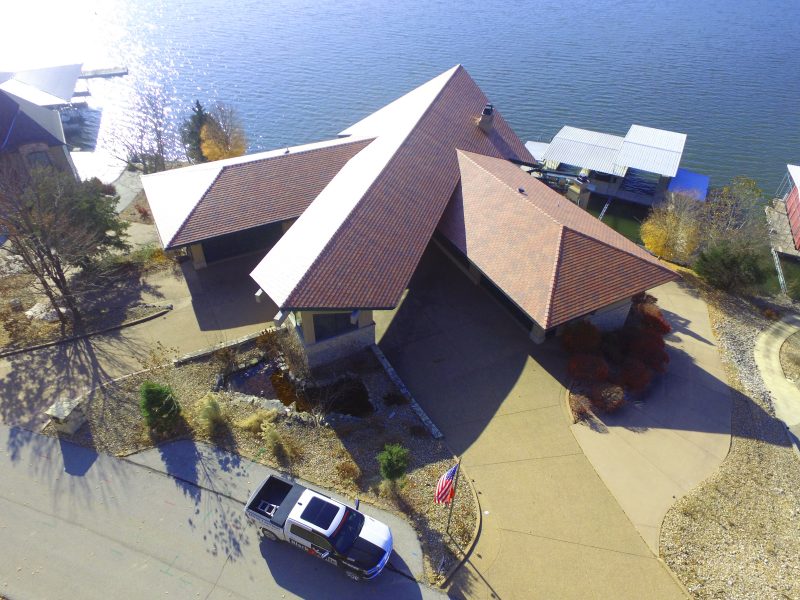 “We filed an insurance claim, but it took several months and lots of persistence to get it approved,” says Harrington. “Then a knock on our door changed how I thought about my roof.”

That knock came from Mark Sidebottom with Black and White Roofing. Mark had seen roof damage from the road. He was offering to inspect the roof. When he did, he confirmed what Harrington already knew … the old rubberized tiles had to go.

Sidebottom brought a DaVinci representative and samples to Harrington’s home. From there the homeowner easily decided on the Sonora color for his new DaVinci composite roof.

“I love the look,” says Harrington. “It completes the house and makes it look like new. The neighbors really love it … and they’re the ones who look at it every day!”

According to Harrington, the team at Black and White Roofing worked hard to get the new roof up before the first snowfall of the season. “They treated my home very professionally,” says Harrington. “They cleaned up after themselves continuously. Not only did they leave me with a great roof, but also with a solid impression of their company.” 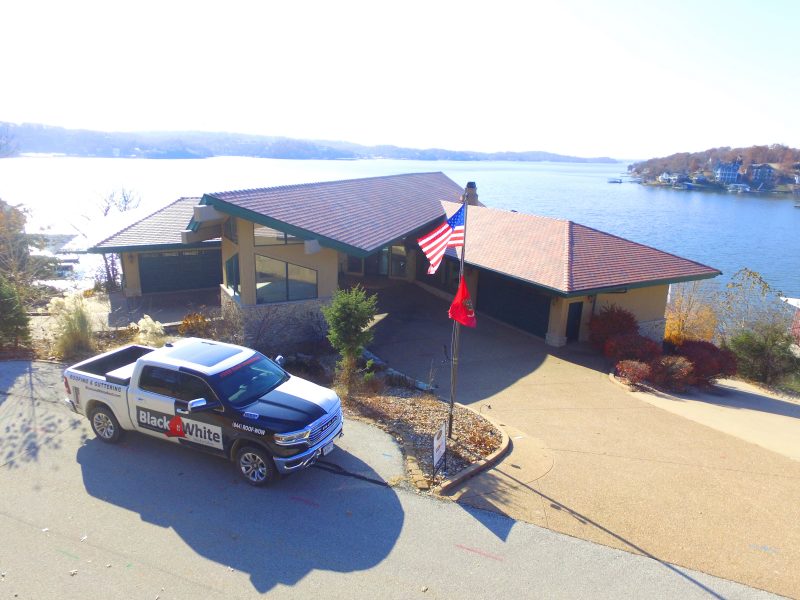