When Peter and Susan Schottland purchased their home six years ago, it came with a new DaVinci synthetic slate roof. They liked the DaVinci roof so much, that they had one installed on a family retreat constructed around the same time.

So, when their daughter and her husband were building a home three years ago, the parents encouraged them to get a DaVinci roof. Then last year, it was time for their other daughter and husband to replace their old slate roof… you guessed it: they went with a DaVinci synthetic slate roof.

“The look, durability and reliability of the composite roofing product have always impressed us,” says Susan Schottland. “Now we’re a family of DaVinci roof owners!”

It Started with the Parents 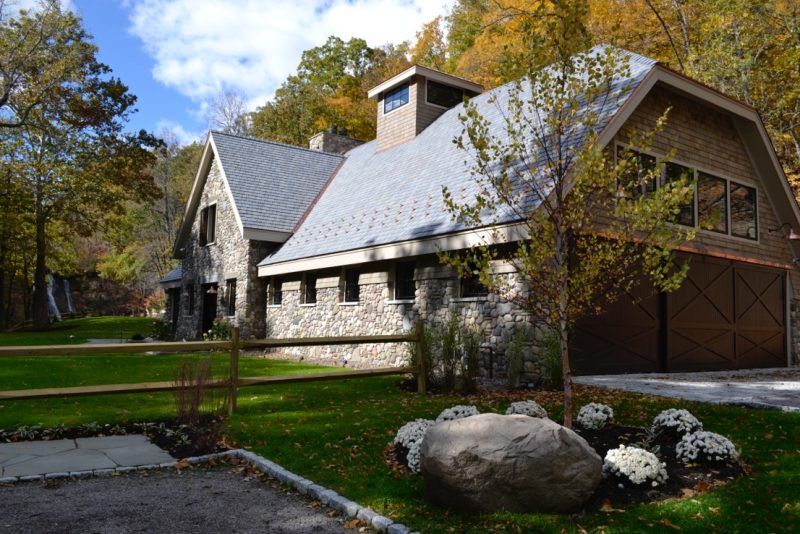 It all began when Susan and Peter purchased their home from a friend, Charles Arena.

“I bought this beautiful old home and remodeled it,” says Arena, creative director at Arenas for Life in Rochester. “My architect recommended the DaVinci slate roof because it complemented the structure so much.”

After living in the house for a short time, Arena decided the home was better suited for the Schottlands. So, he sold it to them.

“We love the house and especially the low maintenance aspect of the roof,” says Schottland. “Right around the time we bought this house we were constructing ‘the barn’ … a family retreat in Canandaigua, New York. That stone structure looks beautiful with the synthetic slate overhead.”

Next: the Oldest Daughter 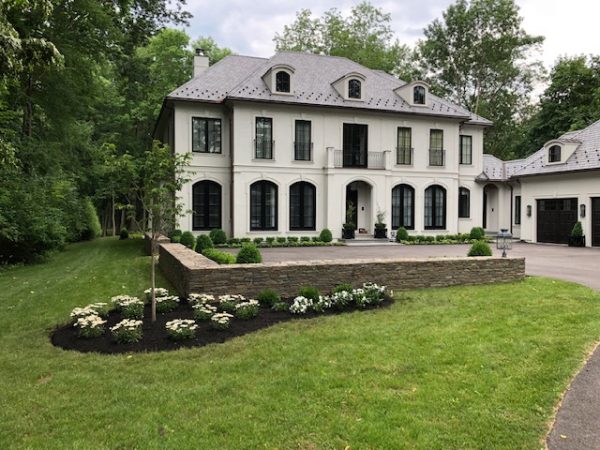 Three years ago Jennifer O’Hara and her husband Brendan constructed a new home just minutes away from other family members. When it came time to decide on the roofing, they took a hint from mom and dad. They got DaVinci composite slate roofing.

“Neighbors tell me that the composite slate ‘makes my home.’ The house has a prominent roof. Without the DaVinci product the overall home would be less appealing.

“Oh, and because we really like to keep it ‘all in the family,’ my mother-in-law also has a DaVinci roof! She loves it.”

… and Then the Second Daughter 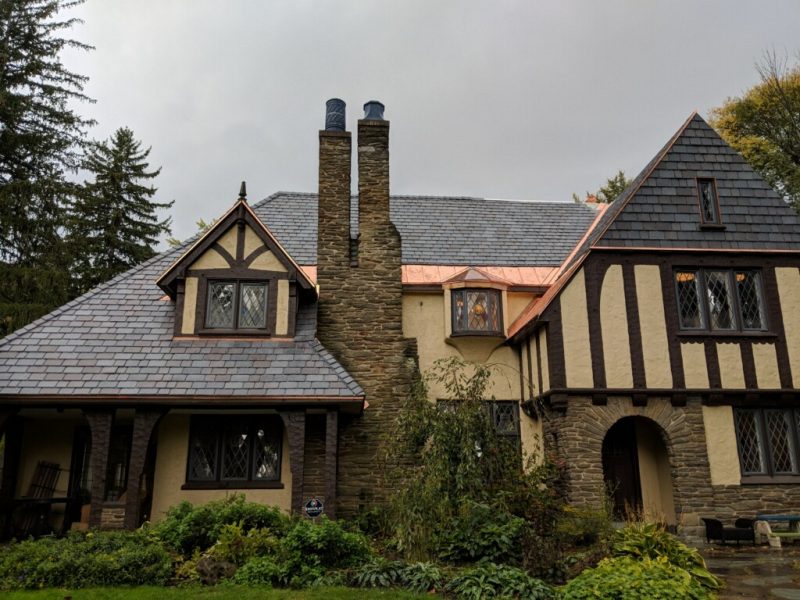 Younger sister Libby Morse and her husband Fred almost had no choice. It would have been family mutiny not to get a DaVinci roof on their home last year.

The real slate on their historic 1928 home was failing. While the slate was in fairly good shape, it required extensive annual maintenance.

“We did quite a bit of work on the inside of the home,” says Libby Morse. “To us it made sense to protect our investment. We like the DaVinci product because it’s maintenance-free and has a lifetime warranty.

“The composite slate roof matches our design aesthetics. We’re very pleased that the faux slate authentically replicates the real slate that was on our house for almost 100 years.”

The family affair with DaVinci roofing for this close-knit family is almost complete. With more relatives asking about their composite slate roofing, the fan club may grow in the future!