On May 28, 2019, homes in the Walnut Lake development sustained massive damage due to a hail storm. In the aftermath, almost two dozen houses got new Bellaforté Shake roofs. Resistant to impact, the composite shake roofing material brings both peace-of-mind and impressive insurance discounts to homeowners in this community.

“The storm lasted just 3 minutes,” says Dan Chesire, a resident of Stevens Plaza in Omaha, Nebraska. “Small golf-ball sized hail came down at 4am. When the sun came up, we could see that almost every home in the Walnut Lake subdivision had major roof damage.

“The only homes spared were those constructed more recently with DaVinci Roofscapes composite shake roofing.”

After insurance inspections and paperwork had been completed, dozens of roofs were approved for replacement in Walnut Lake. Premier Systems Inc. installed 15 of those roofs with composite roofing from DaVinci Roofscapes.

“We helped replace roofs, gutters, windows and sidings in this community,” says Austin Bettin, managing partner of Premier System Inc. “The HOA here has approved Bellaforté Shake as the only alternative roof in the community. The damaged roofs were all real cedar shakes. They were beat up very badly.” 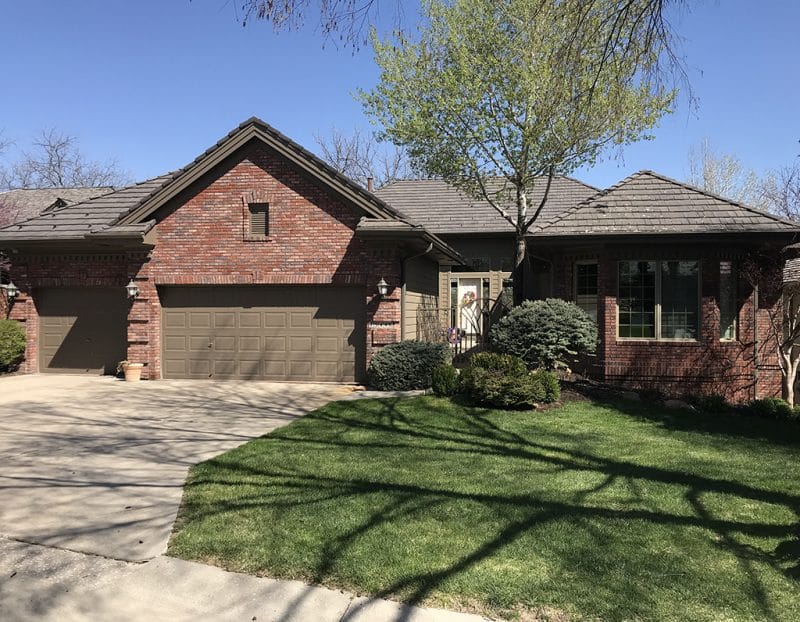 On Stevens Plaza alone, Bettin and his team replaced 7 roofs with new composite shakes after the storm. Every DaVinci roof installed is Class 4 rated for impact. They’re also Class A rated for fire resistance.

“My real cedar shingle roof was only 2 years old when the storm hit,” says homeowner Patty Mollner, a resident of Stevens Plaza. “This is a new house. The roof should have been in good shape.

“When I had to decide on a replacement roof, I went with the composite shake. What sold me on the DaVinci roof is the durability, and the fact I won’t ever have to install a new roof again! Living in Omaha you get used to replacing roofs after storms. I wanted to break that cycle.”

A Neighborhood of DaVinci Roofs

According to Mollner, every homeowner in the development that had to replace a roof after the storm selected a DaVinci roof. And, she reports that new homes in the community are primarily being constructed with the Bellaforté Shake roofs.

“I think within the next couple of years, the whole neighborhood will have DaVinci roofs,” says Mollner. “They look beautiful. Their warranty and durability are an extra plus.”

For Mollner, Chesire and other neighbors, a real bonus comes from long-term homeowner insurance discounts when they have composite roofing. Now that they have DaVinci roof tiles overhead, they’re actually saving money every year.

“My homeowner insurance is discounted about $500 a year with the new DaVinci roof,” says Mollner.

“I have State Farm insurance,” says Chesire. “My premiums have dropped about $700 with the new roof. My daughter and her family live in the same neighborhood. When their roof was replaced they also saw a savings on their homeowner insurance.” 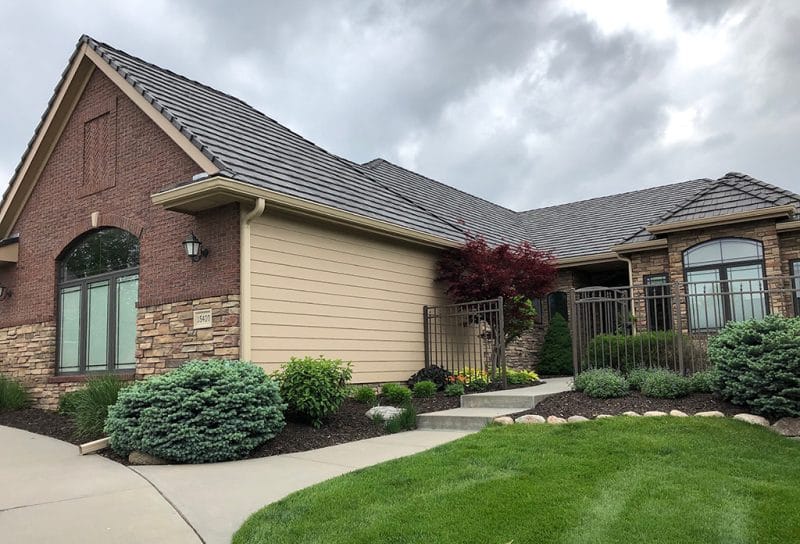 Dr. John Andersen, another resident of Stevens Plaza, has seen a 20% discount on his premiums with American Family Insurance. “I built this home in 2009,” says Andersen. “A bad hailstorm hit in 2014 and I had to replace the roof. Unfortunately at that time the HOA had not approved a cedar shake roof alternative. That happened after the storm.

“Now, 5 years later, another hail storm hits. This time the situation was different.

“After this latest storm I saw two things happening. First, insurance companies were raising the deductible for policies with a real cedar roof. Some were no longer offering any insurance for real cedar shake products.

“The second thing that influenced my roofing decision was the aesthetic look of the DaVinci product. The Mountain blend we’re all using looks like real cedar shake. And, you can’t beat the impact resistant guarantee. The DaVinci composite shake roofing was the only way I wanted to proceed with the roof replacement.”