LENEXA, KAN. – Constructed in 1838, the Salmon River Lighthouse in Pulaski, N.Y. has survived more than 175 challenging winters. Located at the convergence of the Salmon River and Lake Ontario, this sturdy stone structure (also known as the Selkirk Lighthouse) was elected to the U.S. National Register of Historic Places in 1979. 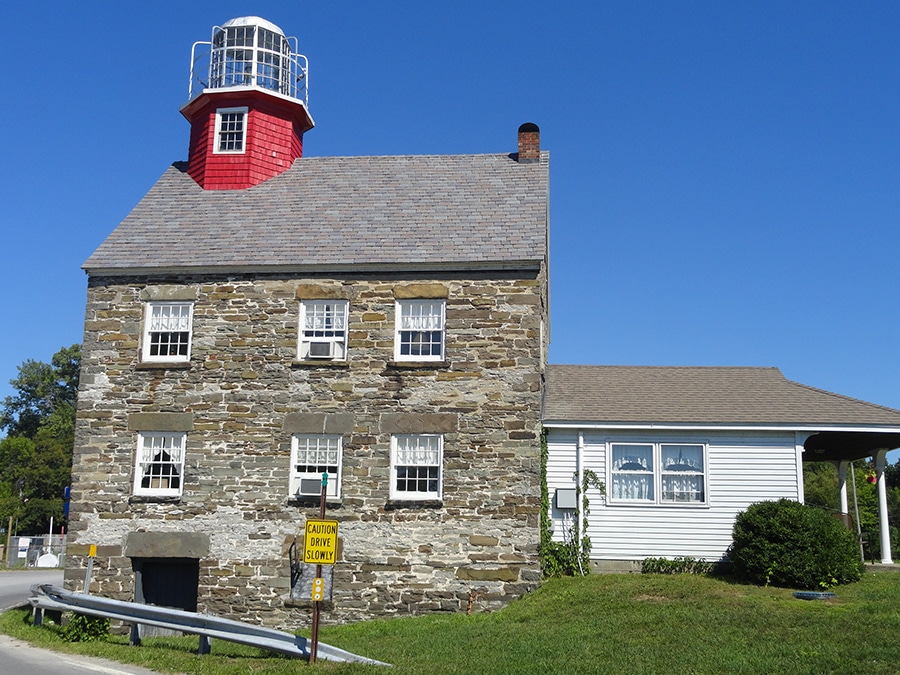 Throughout its long history, the lighthouse (which can now be rented for overnight stays), depended on an assortment of roofs to help protect it from gale force winds, snow, sleet and torrential rains.

“We think the first roof was wood shake and there have been a variety of replacement roofs since then,” says Mike Barnell, representing the family owners of the lighthouse and adjacent marina property. “There was a metal roof installed in the 1940s and then an asphalt shingle roof about 50 years later.

“Weather conditions at the lighthouse take a hard toll on roofs. The 1990s asphalt roof was simply worn out. We started thinking about replacing it a few years ago. That’s when I discovered composite roofing. The durability of synthetic roofing has a strong appeal to us given the brutal exposure the lighthouse has to Lake Ontario weather conditions.”

After researching roofing options, Barnell selected Multi-Width Slate roofing from DaVinci Roofscapes®. “We chose this composite roofing for more than just its exceptional resilience,” says Barnell. “We feel it’s an important design element for the lighthouse and the roofing projects planned for new construction projects on the property. We’re looking forward to adding a restaurant, shoreside structures supporting the marina operations and additional cottages.”

To complement the stone walls of the lighthouse, the owners selected DaVinci’s Brownstone blend and requested Dark Purple tiles be added to create a custom color.

“This is a very challenging environment for any roofing product,” says Barnell. “Knowing we’ve selected a roof that will last for many decades makes this a smart … and beautiful … investment for us.”

History of a Lighthouse

Constructed in 1838 for the sum of $3,000, the Salmon River Light Station (which was later named Selkirk Lighthouse), featured a reflector lamp system using eight lamps and reflectors, which could be seen for 14 miles out onto Lake Ontario. Upgraded in 1855 with a Fresnel lens, the light remained in service until 1858 when the lighthouse was officially deactivated. 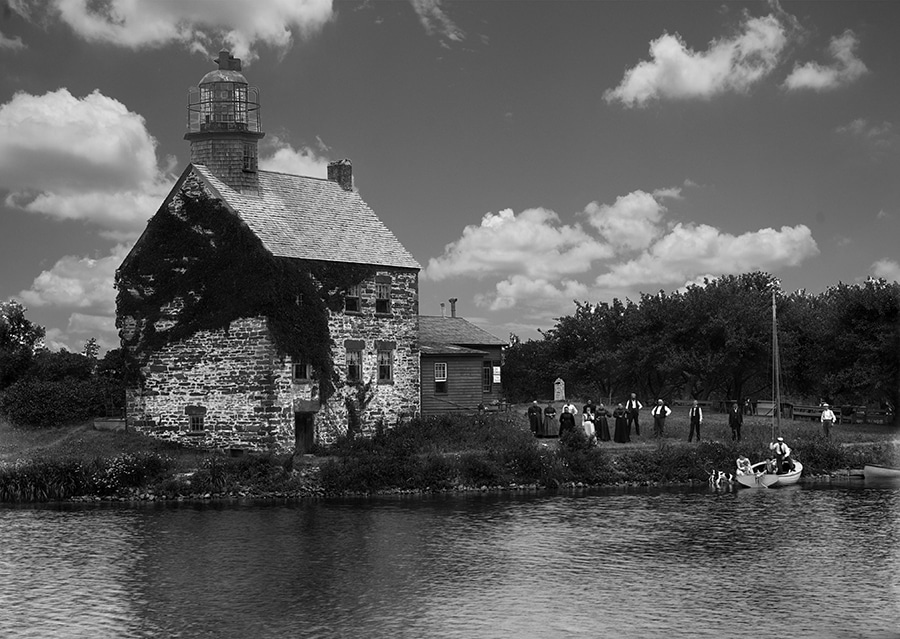 After being used as a private home for several years, the lighthouse was purchased from the U.S. government in 1895 for $1,500 at auction. The new owner, Leopold Joh, used it as his private residence and then incorporated it into a prestigious hotel complex.

Over the years the hotel became a popular local destination, with the lighthouse serving as a focal point of interest. Following ownership by the Heckle family for most of the 20th century, the site was purchased in 1987 by the Walker family and the lighthouse itself was reactivated. After falling on hard times (including a propane gas explosion, economic downturn and a flood), the property was purchased in 2014 by the Barnell and Ellis families, longtime seasonal residents at the Salmon River.

“The Selkirk Lighthouse needed many repairs when our families acquired the property,” says Barnell. “The roof was a priority for us since we needed to protect the structure itself from rain, snow and winds coming off Lake Ontario.

“We identified the custom color blend and composite slate we wanted to use in the summer of 2015. By then however, the weather was already turning so we put the project off until this year. Now that the reroofing project is complete, it’s comforting to know that the Selkirk Lighthouse will be protected by its new DaVinci roof until well after the lighthouse’s 200th anniversary in 2038.”