Getting a DaVinci synthetic slate replacement roof was not an impulse purchase for homeowner Joseph LaBarbera. Far from it. For the past five years, ever since coming across DaVinci’s website, he’s strongly considered the purchase. In 2022, as his asphalt roof deteriorated, he finally made the switch.

“I’ve never liked asphalt roofing,” says LaBarbera, a Nashville homeowner. “To me, the rough, grainy texture of asphalt shingles is a little off-putting. Nobody looks at an asphalt roof and says, ‘wow, that’s a beautiful roof!’ On the other hand, I enjoy looking at a slate or tile roof. I grew up with that in New York, and it made a positive impression on me.” 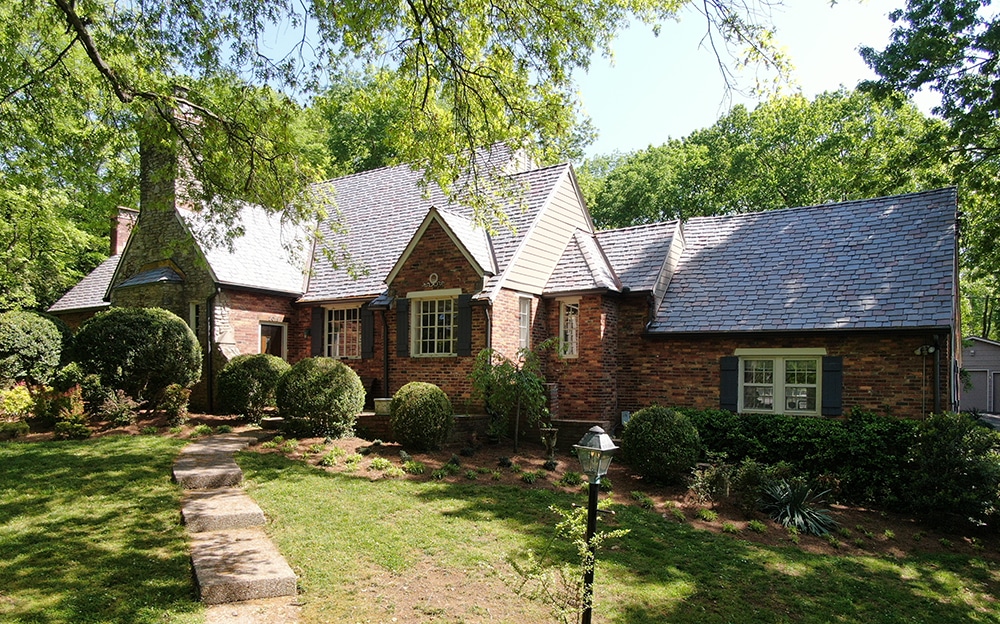 LaBarbera and his wife’s home was built in 1925, in the area where the Battle of Nashville took place during the Civil War in 1864. They’ve been in their home for 37 years. They also know that older homes are becoming a rarity in their community.

“Realistically, this house may be in the late stages of its lifespan,” says LaBarbera. “If so, it’s going out at the top of its form with a beautiful new slate roof!”

Why would this homeowner invest in a DaVinci Multi-Width Slate roof? Because he believes the high-quality product brings the house to the “next level” of visual appeal. “Aside from the interest it evokes on its own, this synthetic slate roof complements the vintage, charming look of the house,” according to LaBarbera.

Bring on the Colors

“We chose Vineyard because it offers the most color options in one blend,” says LaBarbera. “In that sense, it evokes a high level of interest. We believe the roof, and this house, warrant that interest.”

According to the homeowner, several elements led them to purchasing their DaVinci synthetic slate replacement roof. The company’s website, with its product information and project photos, got them started on their roofing search. Then, a project specialist provided in-depth, informative suggestions and feedback about LaBarbera’s ideas for the home. Finally, the visual features of the product itself, coupled with the Lifetime Limited Materials Warranty, helped close the deal.

Now the colorful roof the homeowners love so much complements the mostly brick exterior of the home. A detached garage was also re-roofed with DaVinci tiles to complete the overall visual image of the property. 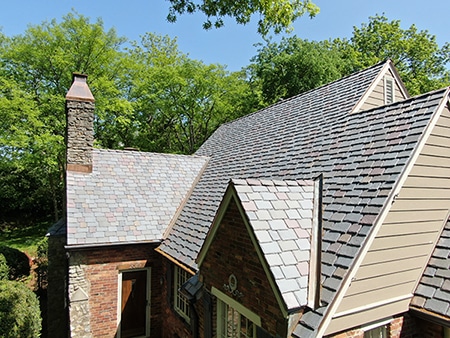 Back when early signs of deterioration convinced LaBarbera to replace his aging asphalt roof, he turned to Don Kennedy Roofing Co. for assistance.

“We tried to hire Don Kennedy Roofing in the 1990s to install the previous roof, but they were unavailable,” says LaBarbera. “The company has an A+ reputation in middle Tennessee. We found that out for ourselves with this project. The workers were serious, careful, respectful and friendly. The project went smoothly and we’re extremely pleased with the results.

“While there are not a lot of synthetic slate roofs in the Nashville area, there is a great deal of construction. I believe Don Kennedy Roofing will be installing more of these roofs in the coming years. Given the way they handled our projects, I’d certainly recommend them to others looking for a new DaVinci roof.”