Ed Delaney is like many other homeowners. He has an older house (built in the 1930s) and, after a rough winter, his old asphalt roofing shingles were failing.

Faced with a pending roof replacement project, he did what many other homeowners do: he drove around neighborhoods looking at roofs he liked.

“There was a new home being built in Newton and I admired the roof,” says Delaney, a Massachusetts resident. “I asked the roofer what was the roofing material and he told me it was DaVinci. Then I contacted DaVinci and asked for other locations to check out in the Boston area. They all looked great.” 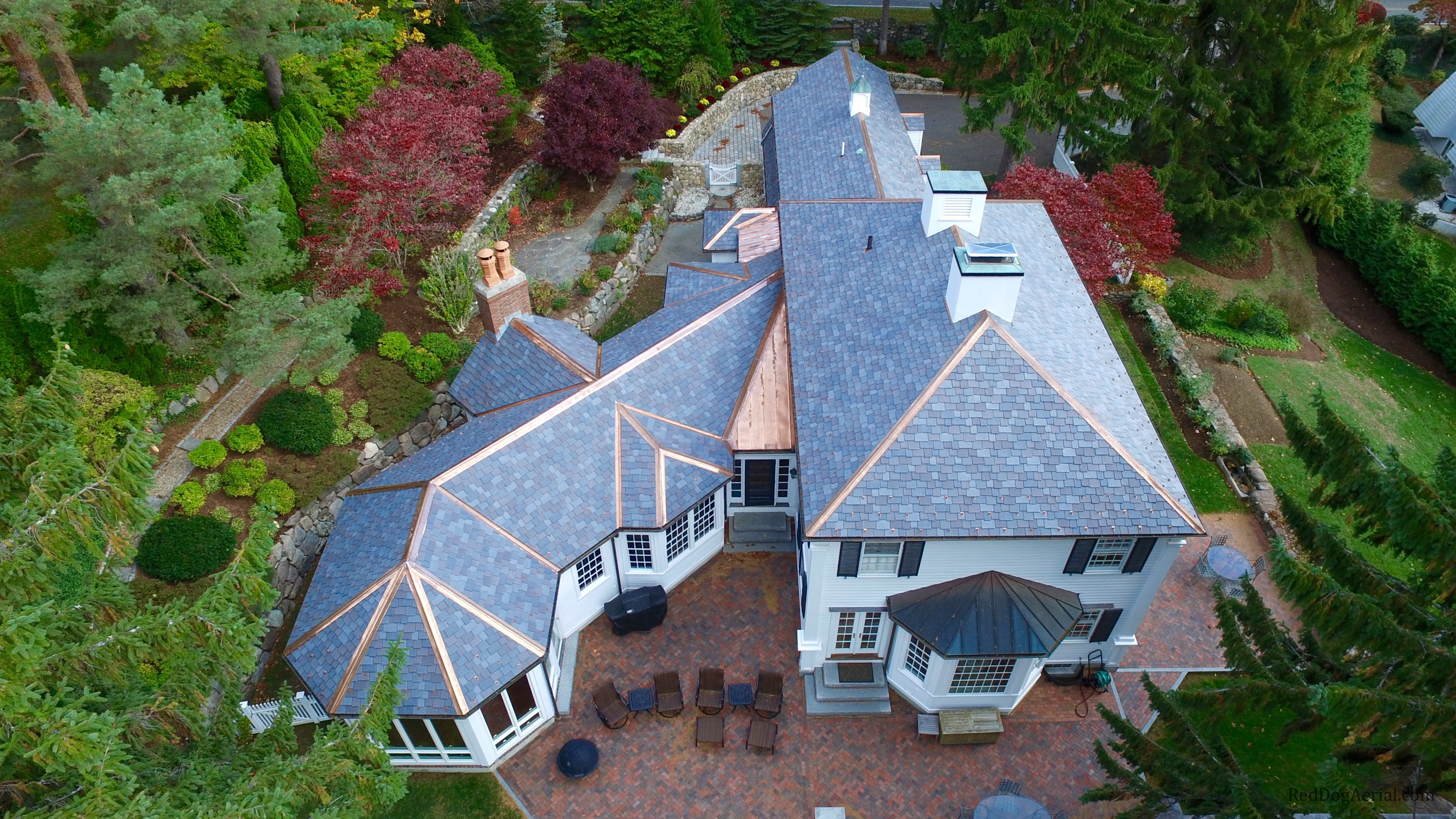 Delaney was a bit surprised to find out that an acquaintance locally also had a DaVinci roof, so he went to check it out. “The composite roofing looked like it was brand new, even though it had been installed eight years earlier,” says Delaney. “I considered alternative composite slate products, but DaVinci looked the most like real slate so we made the commitment.”

That’s when Jim Gordon with Twin Metals, Inc. entered the picture. He and his team installed the DaVinci Multi-Width Slate in European-VariBlend in late 2015. To enhance the home exterior, he recommended copper valleys and ridge caps.

“The copper accents add a distinguished look to the roof,” says Delaney. “We also liberally used snow guards since we have some nice plantings below our roof line that we wanted to protect.

“The finished roof is really striking. The European color blend is very distinctive and looks like natural slate on my roof. Now we’re one of the houses people come to see when they want to gain insights on simulated slate roofing in our area!”