On Guard for Winter Weather … with Snow Retention Systems

It's never too early to think about the upcoming winter season and the potential snowstorms ahead.

If you live in a cold weather region, now is the time to plan ahead and have snow guards retrofitted to your synthetic shake or composite slate roof. Not sure which snow guards to request? Oftentimes it depends on how much snow you receive in your specific geographic area … and we can help. Here's a "Snow Guards 101" of different styles from the experts at DaVinci Roofscapes.

Snow Guards – Individual "guards" that are from one to four inches tall are securely placed in alternate positions on the roof around the home perimeter. They look like small triangles and stick up a few inches from the roof surface. The guards work best for small to medium sized amounts of snowfall, as they hold back snow while allowing it to melt and break as it comes off the roof. 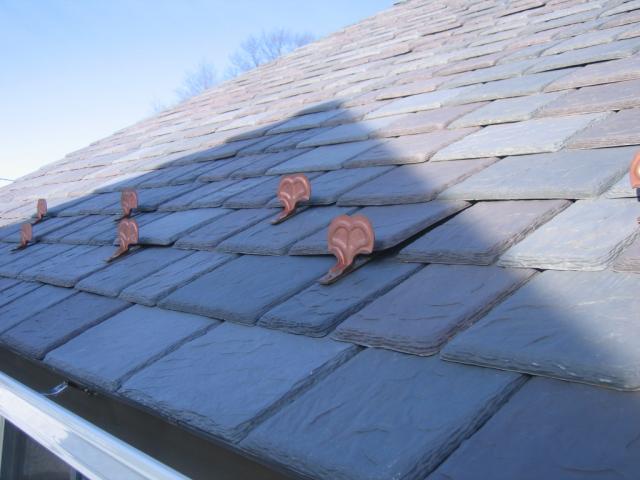 Snow Fences – Usually placed horizontally along the gutter line of the house, snow fences are more "visually impactful" on a home than snow guards. Because of their height (sometimes more than a foot tall) they can hold multiple layers of snow better than snow guards, so they're ideal if you live in a heavy snow zone. Their height is the advantage here, allowing large quantities of snow to be "held back" and melt slowly. 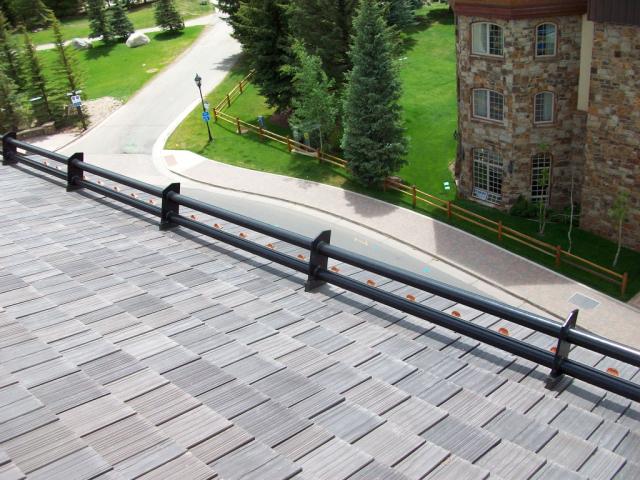 Heating Coils – This alternative (which can also include heat tape, self-regulating heat cables and other heating cables) is used in areas to prevent ice damming, but does not hold snow on the roof. It's often used in conjunction with snow guards or another snow retention system. For these, basically you're using electricity to melt ice and snow from the roof, so this is considered a good alternative for especially frigid areas of the country.

For more information on snow guard options used in conjunction with polymer roofing products, see  Q & A Guide to Snow Guards and Slip, Sliding Away… Might Need Snow Guards.