What do you think of when you hear the words “Broward County, Florida?” Ft. Lauderdale and sunny beaches? Or, storms and hurricanes? Residents of Chelsea III townhomes living in Broward County are just six miles from the ocean, so they think about both good and bad weather as well as their roofs. When it came time to replace those aging roofs, the latter is a big reason why these residents’ townhomes are re-roofed with composite shake from DaVinci. 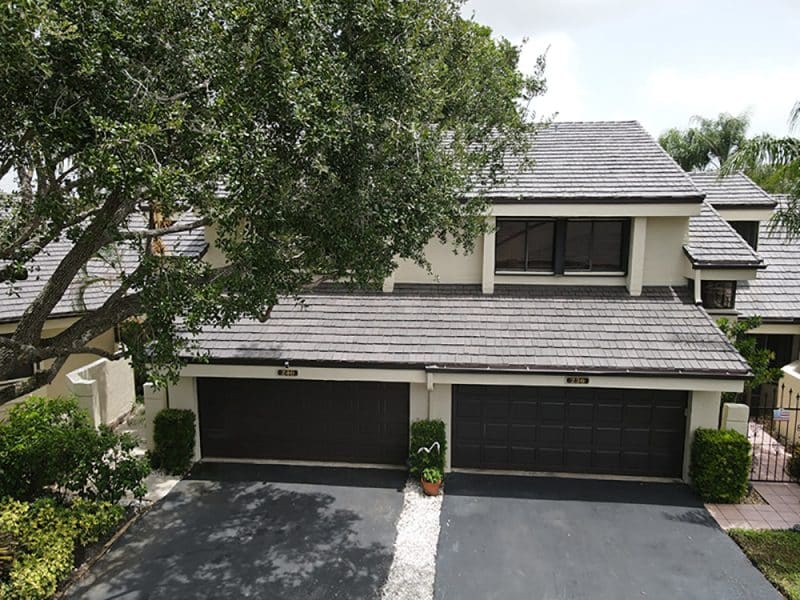 Because there’s potential for severe weather, when it came time for Chelsea III homeowners to replace their roofs, they considered several options. Then they selected Bellaforté Shake roofing — just like their sister properties did several years ago.

“Knowing Chelsea I & II were pleased with their DaVinci roofs helped us with our decision as we investigated multiple roofing options,” says Maureen O’Brien, president of the Chelsea III HOA in Plantation, Florida. “Based on our structures and DaVinci’s price point, this was a good decision for us.”

During the research, the Chelsea III team was impressed with the impact- and fire-resistance of the DaVinci tiles, plus the low-maintenance aspects. They also liked the ability of the roof to shed water.

“The composite is different from other roofs,” says O’Brien. “The pros outnumber the cons by far. I honestly believe this was the right option for our buildings and our budget. It’s an adjustment change for our owners, but we had to do it. This is an investment for our 30-year-old buildings.”

Like all other DaVinci products, Bellaforté Shake is made of pure virgin resins, UV and thermal stabilizers. In addition, there’s a highly specialized fire retardant added into the mix. The result is a state-of-the-art tile that offers high performance and outstanding beauty. It also meets a variety of tests and codes, including Miami-Dade County, FL NOA #15-0812.22, High Velocity Hurricane Zone: TAS 125, up to 180 mph and UL 2218, Impact Class 4. In addition, it has a Class A Fire ASTM E 108 rating and is certified to winds up to 110 mph with ASTM D 3161. 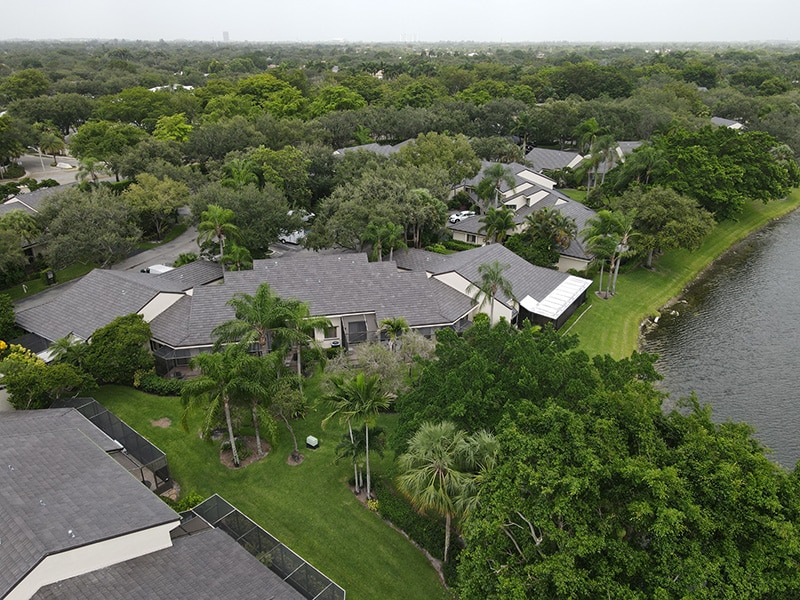 At Chelsea III there are 19 quad buildings, with a total of 76 units. The structures had wood shake roofs that were in poor condition. At 20 years old, the shakes needed replacing.

“When we got up on the roofs, we saw insect damage, mold and evidence of rot,” says Jerry Lowenstein with North Star Contractors, out of Pompano Beach, Florida. “The old wood shakes also had algae growth and showed signs of splitting and cracking. Those shingles just didn’t have any life left in them.”

This is the third Chelsea community of townhomes re-roofed with composite shake. For 2-1/2 years the North Star team worked continuously on the project. In the end they installed more than a million square feet of DaVinci roofing tiles.

“The North Star crews worked hard on our community project,” says O’Brien. “Overall they were easy to work with. The project was within budget and within the agreed upon time frame. It’s a messy job, but the crew worked daily to clean up.

“Now the re-roofing is complete for all three Chelsea communities. We have a uniform roofing appearance. More importantly, we have consistent protection from storms and easy-care roofs.”