At DaVinci Roofscapes, we’re proud that many prominent churches, hotels and historic buildings have all received their own composite roofing facelifts with our industry-leading products during the past two decades.

In Galloway, NJ, the award-winning Seaview Hotel now sports an new, upscale DaVinci Single-Width Slate roof. The historic hotel, founded in 1914, had its original slate roof for more than 100 years. Now the beautiful luxury resort and golf club is relying on their new synthetic slate roof to provide authenticity to the structure. 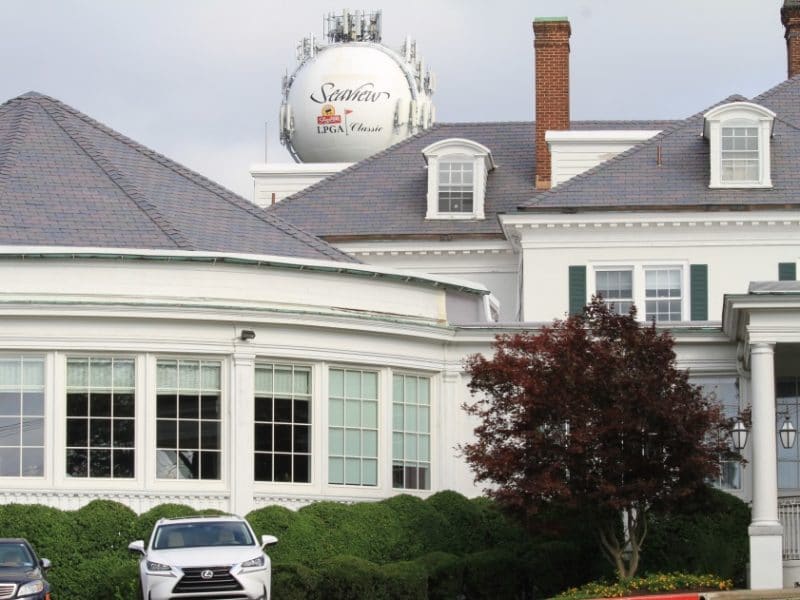 Right next to the Cedar Park amusement park in Ohio sits the Hotel Breakers. Situated on Cedar Point Beach, the 100-year-old resort got its facelift with a Bellaforté Slate roof several years ago. Now the hotel roof looks terrific … especially as viewed from the nearby roller coasters and Ferris wheel!

One of our favorite church projects took place more than eight years ago. That’s when the Sacred Heart Ukrainian Catholic Church in New York got a new composite shake roof. Topped by three 80-foot-tall onion-shaped domes, the church is a stand-out success for traditional Ukrainian architectural style. 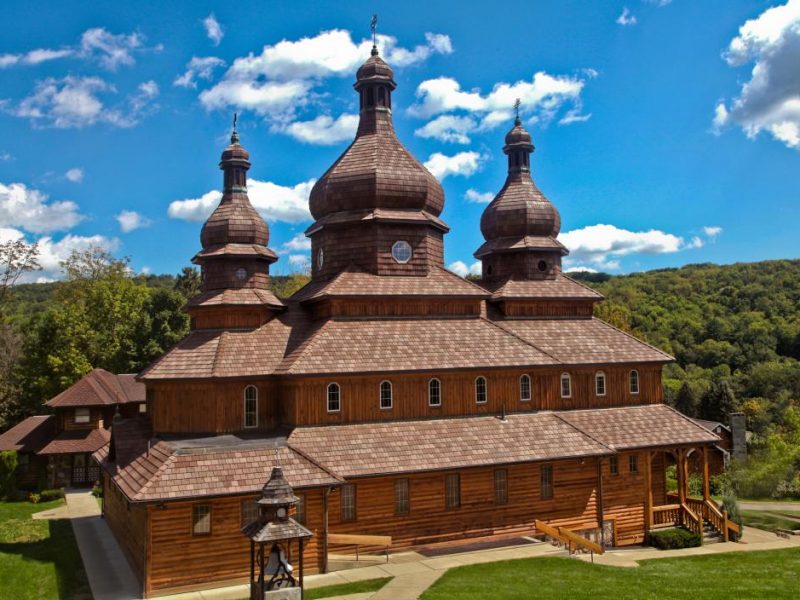 In the small town of Hendersonville, NC, a new synthetic slate roof has made a big impact on Saint James Episcopal Church. For this church’s facelift, DaVinci Single-Width Slate in a Slate Gray color was selected to resemble the real slate from when the church was originally constructed in 1913.

Chugging along with its own famous facelift is the Wyandanch Train Station in New York. A complete top-to-bottom renovation for this historic train station included synthetic slate tiles overhead … and 4,200 people using the newly-refurbished station every day.

After 25 years, the popular Prestwick Country Club needed a new roof. The deteriorating shake roof was replaced (just in time!) with a DaVinci shake roof. The fresh-look of the new roof was as welcome as the low-maintenance aspects of the synthetic shake.

Back in the 1970s, Fleur du Lac Estates served as the prime filming location for the movie, “Godfather II.” But during those intervening 50 years, the beautiful structures on the estate became plagued by failing cedar shakes.). Now, with the addition of Bellaforté Shake to homes and historical structures (like the Yacht Club and Boat House), the community looks ready to once again be featured in pictures! 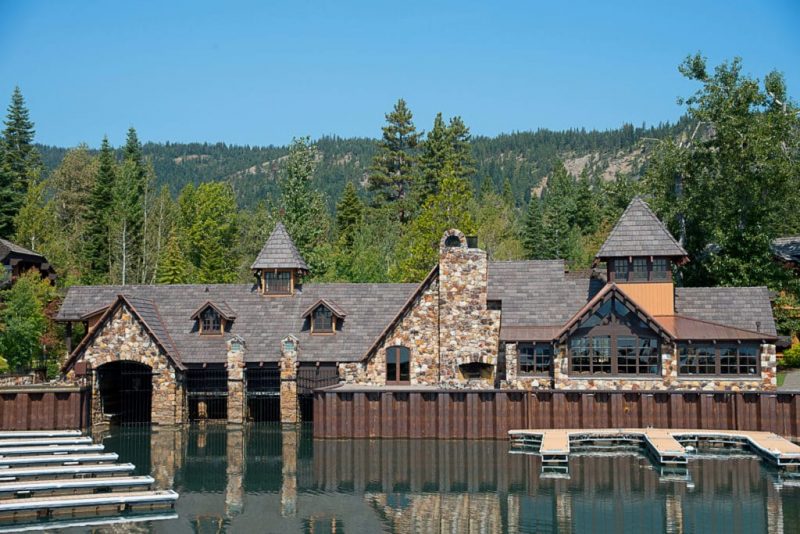