Record Snowfalls Remind Us to Have Snowguards for Composite Roofing

At least eight feet of snow fell in the Boston area this past winter season — probably more by the time you read this story. Record-breaking amounts of snow have also been recorded in Buffalo and other northeastern areas of the country. 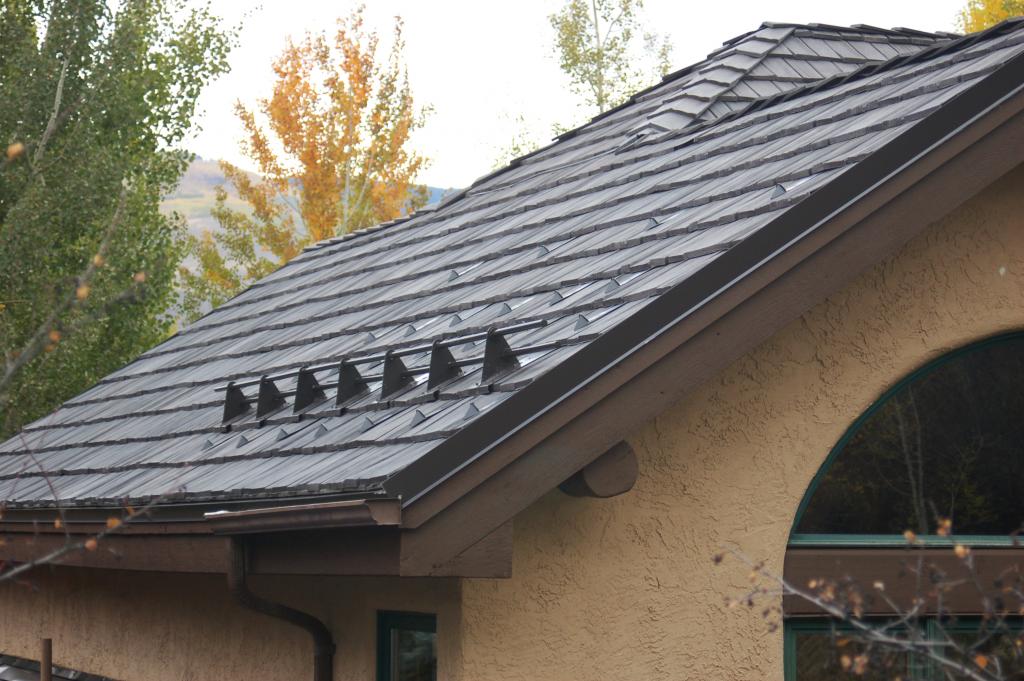 If you live in the snow-socked North or Midwest, you’d better have snow guards on your polymer roofing.

What are snow guards? As the sun warms accumulated snow on a composite shake or imitation slate roof, the masses of accumulated snow can slide off in large chunks, causing an avalanche effect. Snow guards are small metal pieces that are strategically placed on your luxury roof (usually on the bottom portions) to help the snows melt more evenly to reduce the avalanche effect.

At DaVinci Roofscapes, we recommend that all homeowners living in areas that routinely see snowfall each year have snow guards installed. This way the melting snows won’t come down and harm your landscaping, deck areas or people who may be nearby when the snow slides.

Even if your roof does not have snow guards on it now, they can be retrofitted to your plastic slate or composite shake roof this Spring. The small, sturdy accessories or anchors can be installed by a professional roofer during warmer weather to prepare your home for next winter.

For more details on snow guards, see To Guard … or Not to Guard and Slip, Sliding Away… Might Need Snow Guards.